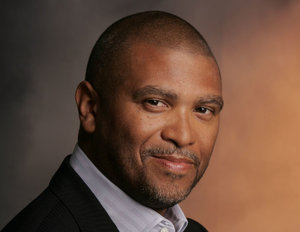 Writer, director, and producer Reginald Hudlin has been confirmed to attend Black Enterprise’s Entrepreneur’s Summit (ES). Set to speak on his rise in Hollywood and host the American Black Film Festival Buzz Party set to take place at ES, Hudlin will bring decades of entrepreneurial and artistic knowledge to ES when it hits theÂ Hyatt Regency Atlanta May 13-16.

Nominated for an Oscar in 2014 for producing, Django Unchained, Hudlin’s talents for writing, directing, and producing hits over multiple decades make his success an inspiring phenomenon. In the 1980s, the Harvard graduate wrote the short film House Party that turned into a classic garnering a cult following in the 1990s thanks to House Party 1, 2, and 3. He went on to write and produce 1992’s comedy Bebe’s Kids, along with directing Boomerang that same year.

Boasting a career filled with name droppers including The Bernie Mac Show, where he served as writer and producer; Hudlin has directed episodes of Everybody Hates Chris, The Office, Psyche, Modern Family, and Bones, to name a few. Serving as President of BET from 2005-2008, Hudlin is an entrepreneur at heart with talents not limited to film and TV. Stretching into comic books, he wrote and executive produced a Black Panther TV mini-series in 2010 that brought together a marriage between superhero royalty Black Panther and Storm. Â Last year, Hudlin was hired by Warner Brothers’ new digital division Blue Ribbon Content to develop a live action take on the black comic book character Static Shock created by black owned comics imprint, Milestone Media.Â  Earlier this year, Hudlin joined Denis Cowyn and Black Enterprise’s S.V.P/Chief Content Officer of Print & Events, Derek Dingle to announce the relaunch of Milestone Media 2.0.

Are you a one of two or more co-owners of a small business? Take advantage of our special registration deal for business partners and co-owners attending the 2015 Black Enterprise Entrepreneurs Summit! To learn more about this special discounted offer, click here!