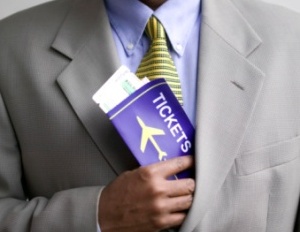 It’s no secret that as a nation, the U.S. buys more than it sells. Earlier this month, the Census Bureau reported that the international trade deficit in goods and services increased to $48.2 billion in March from a revised $45.4 billion in February. This means the nation is importing significantly more than it is exporting — which doesn’t help the economy. In an effort to balance those numbers and stimulate the economy by increasing small business exports to the global markets and jobs, the Obama administration has been vocal about highlighting the overseas opportunities for small businesses.

BLACK ENTERPRISE: Give me a sense of how important this is for the government and what are some of the things that have been put in place recently to help foster trade with other countries.

Ron Kirk: For the Obama administration, it is one of the areas that we are intentionally focusing on as part of the President’s National Export Initiative, which is a broad mandate to double US exports over the next…he gave us five years knowing that if we did so we can create up to 2 million jobs. Part of that has been a purposeful focusing on education, finance, assisting small businesses. In my words, demystify the world of global trade. I was stunned to find that 95, 96 percent of US exporters are what we defined as small businesses. But yet, they only constitute about a-third of our exports. At a time that the President’s major focus is on job creation we start with the reality, as I’m sure you know, that almost all net new job growth in this country over the last 30 years has been among small businesses. That’s not all job growth but net new job growth.

BE: How do you plan to move the needle with regards to small business participation in the global economy?

Ron Kirk: What we have focused on are three different areas with small business. If you’re going to talk about small business you have to start with access to capital. It doesn’t matter whether they’re exporting or not. The President has asked for more resources for the SBA both in terms of education but just lending but also the Export-Import Bank that can answer one of the most pressing questions for small business as they begin to look global — am I going to get paid? The Export-Import Bank, as you know, finances sales abroad.

Secondly, we’re looking at export promotions. One of the other challenges that we hear from small businesses is that they don’t have the resources to go to China, Mexico, Africa and find clients the way [a large company] does. So, the President has asked for more resources for the export promotion component of the department of commerce that can do a great job in sitting down with any business and saying let us understand what you make and then let us be your marketing eyes and ears. Through their goal key program they literally will work with you. It’s almost kind of like corporate matchmaking. The second element is export promotion. That’s mostly through the department of commerce. Then finally, we work with our trade partners to say what can we do to simplify standards, to bring about more regulatory convergence or coherence to do everything we can to make it simpler, easier, cheaper, fast for small business that makes the decision that they want to export to do so.

BE: A lot of small business owners are reluctant to look at the international markets because they’re concerned that they might not have legal recourse if a customer doesn’t pay or that it costs too much money to do business out of the US. Are these valid excuses?

Ron Kirk: Not enough of our businesses tend to know what the Export-Import Bank is and what it does. They are specifically chartered to address that concern of businesses about am I going to get paid. The great thing is the Export-Import Bank finances sales of everything from planes by Boeing to tractors, the heavy farm equipment. But they’ll also finance a half-a-million dollar sale of a high-tech product by a small business. Congress has imposed on Export-Import Bank a 20 percent requirement that 20 percent of all their financing has to be to small- to medium-size businesses.

BE: Most people know about NAFTA, but there are also trade agreements with Panama, Columbia, and other countries. I’m a small business owner. What does that mean for me and how do I learn more about them?

Ron Kirk: We have the ability now going forward when we negotiate new agreements, as we have recently done with Korea, Panama, and Columbia, that when we do that we lowered the cost of entry into their markets. The practical effect is that we make it cheaper to sell our goods into those markets. We have very specific data on what the opportunities are under Panama, Columbia, and Korea. Panama and Columbia are principally great targets for us for agriculture related products, a little bit of machinery. Each of those is about a billion dollar accretive to what we’re doing now. The huge opportunity is in Korea, which we have the opportunity both in manufactured goods and professional services, but also in agriculture. USTR.gov has fact sheets on each of the pending free trade agreements, what we think the economic opportunities are.