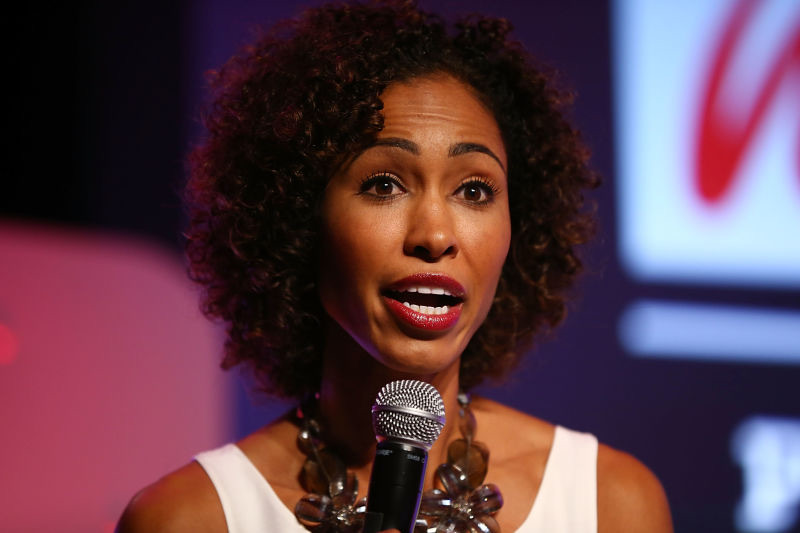 ESPN anchor Sage Steele claims her colleagues kept her out of a network special on race and social justice because she isn’t Black enough.

According to Yahoo Sports, Steele was absent during the sports channel’s Time for Change: We Won’t Be Defeated special that appeared in the aftermath of the death of George Floyd and the nationwide protests still happening.

The Wall Street Journal reported Steele told ESPN’s management she wasn’t invited to participate “because she wasn’t considered by certain Black colleagues to be an authentic voice for the Black community.”

“I found it sad for all of us that any human beings should be allowed to define someone’s ‘Blackness,'” Steele wrote. “Growing up in biracial America with a Black father and a White mother, I have felt the inequities that many, if not all Black and biracial people have felt, being called a monkey, the N-word, having ape sounds made as I walked by, words and actions that all of us know sting forever.

“Most importantly trying to define who is and isn’t Black enough goes against everything we are fighting for in this country has only created more of a divide.”

“At The Undefeated, we don’t have litmus tests for Blackness,” The Undefeated’s SVP and Editor-in-Chief Kevin Merida told the WSJ. “ESPN has a tremendous range of Black voices, and we’ve been honored to work with many of them. … We had already talked to Sage a number of times about working together and look forward to that opportunity.”

Steele has a reputation for criticizing Black players who have protested for social justice. In 2016, Steele criticized Tampa Bay Buccaneers receiver Mike Evans for his decision to kneel during the national anthem to protest social injustice and police brutality.

Hey @MikeEvans13_ look up definition of the word DEMOCRACY & remember this pic while kneeling/exercising your right to protest #perspective pic.twitter.com/kGruy3wEDe

A year later, Steele complained about her travel plans at LAX being disrupted by people protesting President Trump’s travel ban on people from predominantly Muslim countries. After receiving backlash for her comments on the ban, Steele said Black Americans have been more racist to her than White Americans at a Christian forum on race and faith.
“The worst racism that I have received, and I mean thousands and thousands over the years, is from Black people, who in my mind thought would be the most accepting because there has been that experience,” Steele said. “But even as recent as the last couple of weeks, the words that I have had thrown at me I can’t repeat here, and it’s 99 percent from people with my skin color.”
ESPN’s two biggest and most known Black personalities Stephen A. Smith and Bomani Jones also weren’t on the special, but have not commented on that.