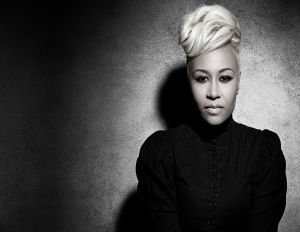 2013 was a tremendous year for Emeli Sande and it seems as though 2014 will be no different. ESSENCE’s “Women in Musicâ€ will take place on Wednesday, January 22nd in Los Angeles, California honoring the U.K. native and will feature an exclusive performance from SandÃ© with special guests.Â The ultra-glam, star-studded event, which is sponsored by the LincolnÂ Motor Company brand, takes place during the week leading up to the 56th Annual Grammy Awards and is designed to shine a light on African American women in the music industry.

For those that are unaware, Emeli Sande’s debut album,Â Our Version of Events, became the top-selling album in the U.K. for the second year in a row and to date has sold 238,000 units in the USA, according toÂ Nielsen SoundScan.

In a statement released about the honor, Essence editor-in-chief Vanessa K. Bush shared, “Emeli SandÃ©’s soaring confidence as a songwriter and fearless self-expression as a singerÂ is in theÂ tradition of many iconic female trailblazers such as Nina Simone.â€