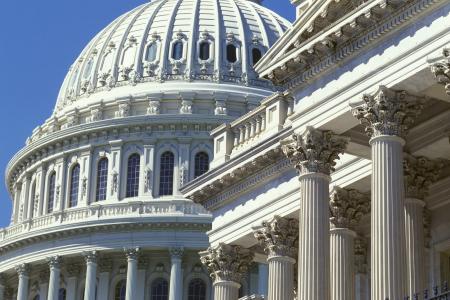 President-elect Barack Obama’s inauguration will span four days, and will not only include the traditional balls, but also service events to honor Martin Luther King’s legacy, the Presidential Inaugural Committee announced today.

The inauguration’s theme will be “Renewing America’s Promise,” the same theme from the Democratic National Convention in Denver and the party’s platform.

The celebrations begin Sunday, Jan. 18 with a welcome event that will be open to the public.

On Monday, Jan. 19, Obama and Vice President-elect Joe Biden, and their families, will participate in community service activities across the Washington, D.C. area, honoring Martin Luther King Day in its role as a national day of service.

Tuesday, Jan. 20 is the big day that makes it all official, and there will be the traditional inauguration ceremonies and events, including Obama and Biden’s swearing in on the west front of the Capitol in Washington; a luncheon in the Capitol’s Statuary Hall; the inaugural parade, which begins at the steps of the Capitol and continues down Pennsylvania Avenue toward the White House; and the official inaugural balls.

Wednesday, Jan. 21, Obama and Biden will participate in a prayer service.

More details about the welcome event and others are to be released at a later date.