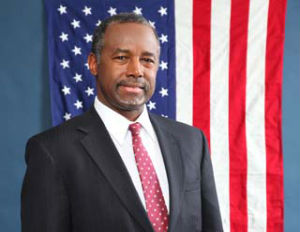 Millions will tune in tonight for the GOP presidential debate to watch the leading contenders for the nomination engage in all-out warfare. It will present another chance for Ben Carson to make his case for why he should be the next occupant of the Oval Office. With the Iowa caucus just weeks away, the stakes for the renowned former surgeon are, indeed, high.

[Related: [By The Numbers] Where the GOP Candidates Stand Going Into Their Sixth Debate]

His calm demeanor and admittedly anti-PC style vaulted him to frontrunner status in October. His focus on small government, faith, and family values has grown his conservative, evangelical base among the GOP candidates while his controversial comments related to immigration, same sex marriage, and national defense earned him a bevy of progressive detractors. Within the last several weeks, campaign gaffes and a major management shake-up has forced him to realign his camp. In the most recent, Des Moines Register poll, he currently trails Ted Cruz and Donald Trump and is neck-and-neck with Marco Rubio for third place among Iowa voters.

While Cruz and Trump continue campaigns of fear and divisiveness and Rubio offers his wonkish proposals, Carson says he has retooled his approach and expanded his outreach efforts. In the exclusive interview with Chief Content Officer Derek T. Dingle at BLACK ENTERPRISE headquarters, Carson makes his case for why he’s the best choice for the economic and social advancement of African Americans–and the nation.

Derek T. Dingle: So what’s the current state of the campaign?

Ben Carson: Well, it’s been a very interesting road, no question about it…lots of excitement. We’ve recently made some major operational changes which seem to have really increased the esprit de corps. For me it’s about what’s happening for our country and is it going to be possible for us to change the direction and really start moving upward again rather than sideways or downwards.

You led the polls in late October and now you’ve dropped considerably. You have three major contests coming–Iowa, New Hampshire, South Carolina and then shortly after that Super Tuesday. What is the strategy to win those races and ultimately the GOP nomination?

I think the key thing for me is exposure. Whenever I go to a rally, I always get the same comments, “Wow, you’re so different than they portray you to be. I love you.â€ The more people I get out in front of, the better. A lot of people in the media and in the established political realm are not super excited about someone like me because I don’t play by the rules. I don’t accept money from special interest groups who want to influence you. I criticize the established structure.

It’s particularly important in some of the minority communities and the black community to stake out a different path now. We’ve allowed the government to dictate for such a long period of time who we are and what we should be doing. In the meantime, poverty rates are getting worse, out of wedlock births are going up, crime and incarceration. All these things are moving in the wrong direction. This is in a community that has over a trillion dollars in assets. Remember, there are less than 10 countries in the world that have a trillion dollar GDP. We have enormous resources. We just have to learn how to use them.