Corporate Executive Invests Her Own Money to Fund Entrepreneur's Dreams 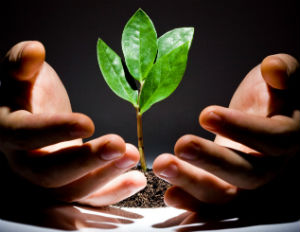 Given that less than 1% percent of all private equity in America is invested in black-owned companies each year, a number of African American high net worth individuals are doing their part to reduce this access to capital gap. They are angel investors like Lorine Pendleton who are actively funding women-owned and minority led businesses.

Pendleton is a seasoned business development executive with extensive experience in internet, legal and entertainment. She worked at a number of startups including SelectMinds, the industry leader of software and management solutions for web-based social network programs for corporations, as well as Community Connect, the publisher of the leading ethnic social networking websites BlackPlanet, AsianAvenue, and MiGente (acquired by Radio One).

She currently serves as the US director of business development at the global law firm, Dentons. But the former practicing attorney previously worked at a leading entertainment boutique law firm where she structured and negotiated multifaceted entertainment deals on behalf of such clients as Prince, Stevie Wonder, Chaka Khan, Spike Lee and the Estate of Christopher Wallace (a.k.a. Notorious BIG).

Today, she also holds several board seats including as a director for the National Black Programming Consortium, which provides funds, as well as distributes films and TV programs relating to African-Americans with principal funding from the Corporation for Public Broadcasting (CPB)/PBS. She serves on the boards of Living Labs Foundation, which organized the TEDxHarlem conference that took place in March 2012, and WomenLEAD Inc.,Â which was awarded $285,000 from Verizon at the 2014 International CES. WomenLEAD is an online personal advisory board platform for women by women.

Looking to invest in and work with entrepreneurs of colors, and helping them grow their businesses, Pendleton signed on in 2013 as a Pipeline Fellow–an angel investor in training. The Pipeline Fellowship trains women philanthropists to become angel investors through education, mentoring, and practice. Fellows commit to invest in a woman-led for-profit social venture in exchange for equity and a board seat.

Pendleton talked to BlackEnterprise.com about the things she is doing to helpÂ women entrepreneurs and to level the playing field.