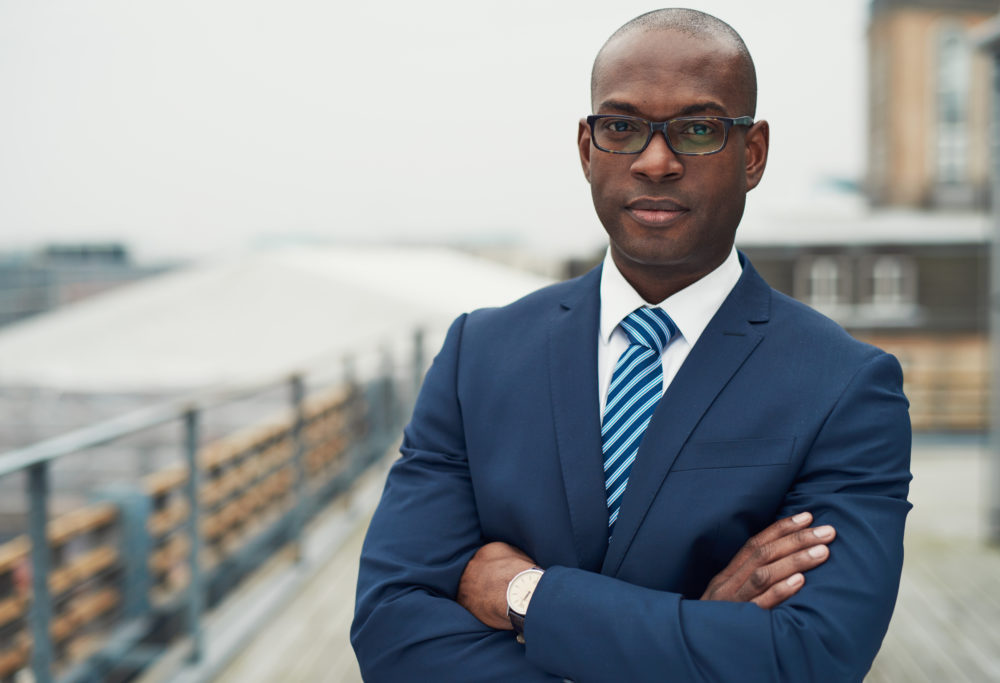 It’s fairly indisputable that a prospering company or organization wouldn’t be enjoying any notable measure of success without highly effective leadership. Potent leadership is, in fact, often a primary driver of business innovation, development, and growth overall.

Commanding a team, department, or company at-large isn’t (or shouldn’t be) about the prestige, accolades, lofty titles, or that sweet corner suite. Rather, genuine leaders are able to establish and sustain a mindset that profoundly resonates with the masses—one that galvanizes committees, groups, companies, and organizations in a common mission. Of course, there’s isn’t a one-size-fits-all leadership style that every CEO “must” adopt. In fact, much is learned by trial-and-error throughout a leader’s oft-jagged trajectory to the top.

Successful leaders certainly can—and should—play to their innate strengths and abilities. However, those that go over-and-above to recognize and parlay those of key stakeholders, recognizing (and being willing to admit) their own abilities aren’t enough, often exceed achievement expectations. To do this effectively, a leader must maintain an uber-awareness of the human resource assets at hand.

Toward this end, it’s imperative for leaders to identify their superstar players across all departments and stay in-tune with the proverbial “pulse” of their workforce. But this is easier said than done amid a widening gap among the c-suite and “everyone else” that’s sure to make doing so a bit more complex. “An important challenge facing U.S. leaders in 2020 is the growing generation gap in attitudes and capabilities between themselves and workers soon to be entering the labor market,” Rob Anthony, a professor of management at the Boston campus of Hult International Business School, recently told Forbes. The article also offered results of a study conducted by organizational advisory firm Korn Ferry, which put “the average age for CEOs at 58, chief HR officers at 55 and CFOs at 53. At the other end of the spectrum, the post-millennial Generation Z will start to turn 23 and soon command the largest share of the US labor force.”

Relative to mind-sets, this widening age gap will also surely breed emotional rifts that can further alienate an inflexible or stubborn c-suite. Another Forbes article underscored the importance of leaders ensuring every employee understands their organization’s purpose: “In the past, most employees focused on their paychecks and job titles. Times have changed. Purpose matters more than ever before. Individuals who have a clear sense of purpose are more likely to stick around and love their jobs.” The article also cited a study that found that “nine out of ten workers were willing to make less money to do more meaningful work.” So, a leader with his or her ear to the ground, with a keen understanding of what will motivate a team, can be a make-or-break differential.

With the modern business landscape changing so profoundly, I connected with a few business leaders who are known for being particularly progressive to get some perspective. Below, they share some philosophies on “what it takes” to lead in this competitive and transformative new decade.

Leadership requires influencing others to accomplish the company’s mission, and a key is to provide employees with adequate tools to be flexible, organized, and purpose-driven. This is according to Ken Thompson of AlignOrg, who believes that experienced leaders curate great and well-equipped teams through strategic planning, organizational design, and change management.

“Organizations today don’t have the luxury of stability since there’s an ever-increasing change in markets, customers, and technology,” Thompson noted. “Organizations who are ready for this change, who are organized enough to respond to these changes and who can operate as a tight cohesive unit will not only better survive seismic shifts in the market, but also actually thrive in the face of such profound competition and other evolution.”

In our brave new world of rapid change and complexity, there is no single person who can really direct an intricate business. An individual can only encourage those involved to think differently, which is a key argument as to why leaders can be considered activists. This is particularly true for those who promote change and coordinate the efforts of others to help them achieve goals without actually “controlling” them.

Chris Stewart, CEO of brightbeam, is a deep-rooted leader, activist, and 20-year supporter of charitable and education-related causes. As a parent, Stewart leads brightbeam’s network of education activists under a single mission: to demand better education and a brighter future for every child.

When asked how he gained such a powerful voice fighting for the educational opportunities of all children, Stewart remarked, “It’s because 29 years ago, when I had my first child, I became a parent with a problem. I didn’t have a great education myself and I didn’t have many resources. But, I had a kid that I loved and I was determined to give him a better life than what I had.”

Today, Stewart fights to provide millions of families with the tools, knowledge, skills, and confidence to fight for their children’s ability to receive a quality education. As far as Stewart is concerned, the future of education in this country shouldn’t be grounded in empowering parents, but rather by putting them in power.

Stewart upholds that same premise when it comes to leading his organization, which he does through a distributive leadership model. “If leadership provides direction, it should come from many where the collective wisdom prevails, rather than just one dictatorial voice,” Stewart said. This mind-set led Stewart to establish a chief leadership team at brightbeam. “Operationally, of course, it was important to have a group of smart, influential individuals leading the work of the organization, but it was also important for external stakeholders to recognize the power of a strong bench,” Stewart noted. “I am attempting to change the world. That’s a big mission and I can only achieve it by building relationships with top-notch people.”

To lead today, in a world where there is an abundance of passionate, talented people who want to make a difference, Stewart knows he doesn’t have to be the smartest person in the room just because he holds the title of CEO.

A Leader’s Key to Success

Andrew Wyatt, head coach at Andrew Wyatt Leadership, LLC, acknowledges that the modern business landscape has clearly shifted but notes that, as the saying goes, “the more things change, the more they remain the same.” That is why he feels it’s vital for a leader to avoid focusing on trends or sentiment that are ever-changing but on principles, which largely remain constant. This, he asserts, is the foundation of winning leadership.

According to Wyatt, winning leadership requires a ruthless application of one key leadership principle in particular: that effective leaders guide from the inside-out. Meaning, before any leader can successfully lead others, one must lead themselves. Wyatt offers these three ways to accomplish this: 1.) establish your credibility; 2.) build your following; 3) lead with impact. The order of execution is apparently vital.

Like building a skyscraper, leadership first requires excavation before elevation. This is how one establishes credibility. It starts with an inward look. The leader must know the truth before taking the next step to build a following. People follow truth, and most have a natural ability to discern it.

Building a following requires the leader to look outward to draw followers inward. This is the principle of servant leadership through which a leader must “engage” their followers in order to build a genuine and certainly impassioned following.

Finally, to lead with impact, the leader will need to be not only engaged but also current and relevant, and willing to adapt to the changing landscape without compromising the truth. Winning leadership understands and employs this cyclical process.

Hari Abburi is a transformative thinker and leader who believes in centering leadership “at the speed of the customer.” This is a non-ego-driven approach that directly concentrates on what a customer is thinking and experiencing in the present. “When leaders stay focused on anticipating customer needs and keeping their teams’ customer-centric, a better product or service is produced,” he said.

In this chase to understand how customers transfer their experiences from an unrelated situation on to a company, Abburi narrows leadership down to a few critical elements, including curiosity, visual thinking, and the ability to articulate a clear purpose.

“I have worked and lived in several countries and with responsibilities for over 50 countries and have seen patterns emerge,” Abburi said. “Curiosity and imagination are two universal key elements shared by leaders across cultures, ethnicities, and industries. Curiosity is the best attribute a leader can have, as it drives the kind of imagination that solves problems and spurs innovation.”

Great leaders throughout history are known for not shying away from new processes, technologies and, most important, new markets. Instead, they have an inherent ability to “see” emerging trends that others miss. Not only that, they take action to collaborate with key creative partners to realize early-stage success in these newly emerging sectors.

Orna Azulay did just that. As founder and president of Abington Speech Pathology Services, Inc. and the RemoteSpeech.com teletherapy platform, she significantly expanded the reach of her company—now a global powerhouse—by approaching an existing therapy protocol in a new and more effective way.

An experienced business development professional, when Orna opened the business 20 years ago, she saw a business opportunity in a big HMO provider who was looking to have relationships with satellite clinics. Although speech teletherapy was still a new idea in the market compared to traditional therapy, Azulay knew the potential and convinced more clients to share her vision and come on board.

Filling in gaps is how great leaders realize great businesses. Thinking outside the box, trying new things (even amid naysayers), and trying to fulfill that empty niche in sustainable and scalable ways can catapult one’s company to incredible heights.

It’s a Marathon, Not a Sprint

Great leadership is an art that requires a combination of several skills and qualities to be successful. Castle Negotiations CEO Ruth Shlossman urges the importance of thinking long-term as a leader. “Developing a ten-year plan to withstand any expected or unexpected circumstances is how great leaders stay afloat,” Shlossman said. “Keeping the bigger picture in mind will help create a culture that believes, plans, and aptly executes.”

Now that we are entrenched in a fresh new decade, it’s a great time to recalibrate your leadership approach into one that’s more aware, sensitive, and adaptive to those inevitable threats, weaknesses, trials, and tribulations. Being an agile, opportunistic, customer-centric, and activist-oriented leader with planning prowess makes the difference between realizing success versus true greatness.

As the executive editor and producer of “The Luxe List,” Merilee Kern, MBA, is an internationally-regarded brand analyst, strategist, and futurist. As a prolific branding and marketplace trends pundit, Merilee spotlights noteworthy industry innovators, change makers, movers, and shakers. This includes field experts and thought leaders, brands, products, services, destinations, and events across all categories.