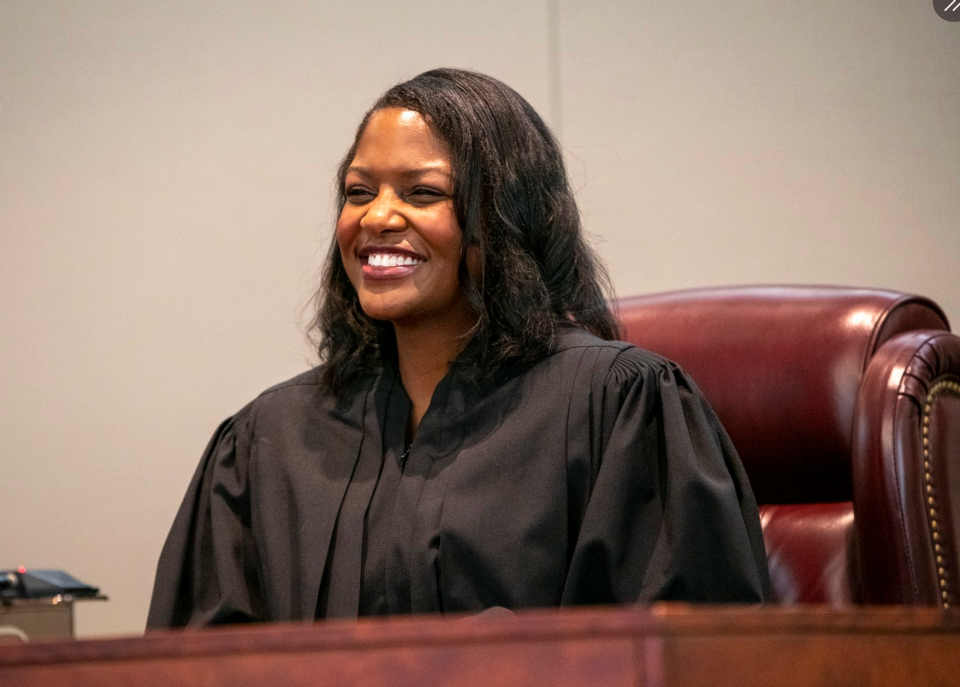 This week, the New Jersey Supreme Court made history by swearing in Fabiana Pierre-Louis as the newest Supreme Court justice. She is the first Black woman to be chosen for the role and was nominated by Gov. Phil Murphy back in June. The state Senate confirmed the decision last week. “I’m incredibly proud that the Senate has unanimously confirmed Fabiana Pierre-Louis as the next Associate Justice to serve on New Jersey‘s Supreme Court,” Murphy said in a statement to  ABC7 News after the Senate confirmation.

“Fabiana is an exceptionally talented attorney, and will now have the historic distinction of becoming the first Black woman to be seated on our state’s highest court. I am honored to have put her name forward, and to see someone with a different set of life experiences and perspectives on our Supreme Court, a judicial body where New Jerseyans from all walks of life turn for justice. I also thank Senate President Sweeney and Chairman Scutari for their support and conducting a thorough, fair, and open confirmation process.”

Today, history was made. Thrilled to attend the swearing in of Fabiana Pierre-Louis to the New Jersey Supreme Court – the first Black woman to be seated on the state’s highest court. pic.twitter.com/yavier71Wj

The appointment of Pierre-Louis makes her the youngest person ever to serve on the state’s Supreme Court. As the daughter of immigrant parents from Haiti, she hopes her new title will inspire others from marginalized backgrounds. “The thought of actually sitting on the court one day was not something that came across my mind as a law clerk,” Pierre-Louis said to ABC7 News.

“I think my end game as a law student was to become an attorney and hopefully make an impact on the legal profession, in some way.”

New Supreme Court Justice Fabiana Pierre-Louis was sworn in this afternoon by Justice Jaynee LaVecchia in a private ceremony. pic.twitter.com/uzngaJHwOF