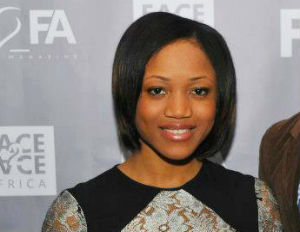 Face2Face Africa has announced its newest platform, The Sandra Appiah Show, which will premiere on Sunday, Jan. 18 at 7 p.m. EST.

The talk show is bringing Africa’s stories to television and connecting generations of people with African descent. Hosted by Sandra Appiah, it will share inside stories from Africa’s future stars and architects. The pilot season has eight episodes with rising stars and icons such as Alek Wek, Femi Kuti, John Dumelo, Dr. Oheneba Boachie-Adjei, Kibonen Nfi, Eric Adjepong, Dee Poku, and Essie Bartels.

Millenials can expect to hear unique experiences and journeys from these influential African American stars. New episodes will be every two weeks after the premiere night for four months following. Sandra Appiah said, “I have met so many fascinating, transcending, and inspiring Africans over the course of my career and have always wondered why their stores are not being told. With this platform, I hope to shed light on the game changers and challenge perceptions about Africa and Africans worldwide. I also hope to shed light on the rise of the youth and how the new generation is impacting the discourse and contributing toward a positive transformation of the continent and worldwide diaspora.”