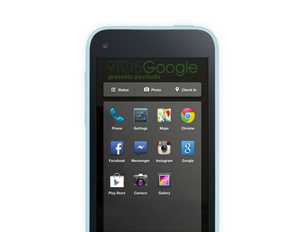 Just one day after the cellphone celebrates its 40th anniversary, social media giant Facebook is planning to unveil its long-awaited smartphone…or at least the phone specs and its new software.

The Menlo Park, California-based company is scheduled to give invited press an opportunity to view “Facebook Home,â€ new software for Android that will replace one’s home screen with content and features, and a newly-constructed HTC phone called “HTC First.â€

Tech news site 9to5 Google provided a favorable review of the supposed software and phone:

From the imagery we’ve seen, Facebook Home incorporates a minimal aesthetic with a lot of focus on full-screen photography. As expected, there are hooks to the primary Facebook functions available from most menus, obviating the need to actually navigate to the dedicated app or site in many instances. It looks clean, well thought out, and will probably appeal to social networkingÂ aficionadosÂ with an appreciation for design–assuming the marketing campaign can convey the added value.

Phone enthusiasts will have to wait until the Facebook event starts at 10am PST (1 pm EST) on Thursday for more details.