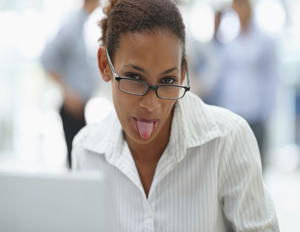 Are you suffering from Facebook envy? Symptoms can be dissatisfaction, frustration, jealousy and anger, among other blood-boiling reactions.

According to researchers from two German universities, Facebook may cause you to feel envious. The report, Envy on Facebook: A Hidden Threat to Users’ Life Satisfaction?, which was released today, revealed that one in three people felt predominantly negative feelings about their own lives after using the social networking platform. Those who don’t post at all, but still peruse through their friends updates, posts, albums and essentially entire Facebook existence, feel even worse.

The biggest cause of resentment is vacation and travel snapshots. Social interaction, which consists of likes and comments on photos and posts, was the second most common cause of envy.

“We were surprised by how many people have a negative experience from Facebook with envy leaving them feeling lonely, frustrated or angry,” researcher Hanna Krasnova from the Institute of Information Systems at Berlin’s Humboldt University told Reuters.” “From our observations some of these people will then leave Facebook or at least reduce their use of the site.â€

People reacted to feelings of jealousy by posting about their achievements to place themselves in a better light, according to the study. They found, when doing so, women were more likely to plug their social lives and looks, while men were most likely to post about their accomplishments.

People in their mid-30s were more likely to envy family happiness.

The researchers from Humboldt and from Darmstadt’s Technical University based their findings on studies involving 600 people in Germany. The results of the study will be presented at a conference on information studies in Germany in February.

What do you think? With millions of people putting their lives on display on social media, is it likely causing resentment and ill feelings, even when it involves close friends?