You’ve heard of fake watches and fake handbags, but a fake credit union? That’s right, fraudsters will stop at nothing to make a buck.

Indianapolis resident Timothy Coughlin created several fake credit unions in an attempt to get rich quick. However, his scheming ways caught up with him.

The Security and Exchange Commission’s statement of facts reported that from about 2006 through March 2014, Coughlin operated the Oxford International Credit Union. According to prosecutors, 5,000 investors from 50 countries and all 50 states deposited almost $15 million into the fake credit union.

Coughlin would not allow his “customersâ€ to make withdrawals from accounts in 2009. He lied, saying that the United States and Canada had frozen the credit union’s assets abroad.

Coughlin carried out his fraud using a company known as Oxford International Credit Union, reports the Indianapolis Business Journal and Associated Press. However, The Securities and Exchange Commission alleged it was not a credit union in a suit filed in April in U.S. District Court for the Southern District of Indiana. The fake firm also went by the name Oxford International Cooperative Union.

According to the SEC, Coughlin misused investor money to finance personal expenses, fund unrelated business expenses, and make distributions to other investors similar to a Ponzi scheme.

In addition, the SEC says Coughlin posted false information to investors’ online accounts to make it look as if their deposits were earning significant investment returns.

How to Talk to Your Children About Money 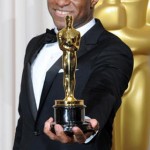