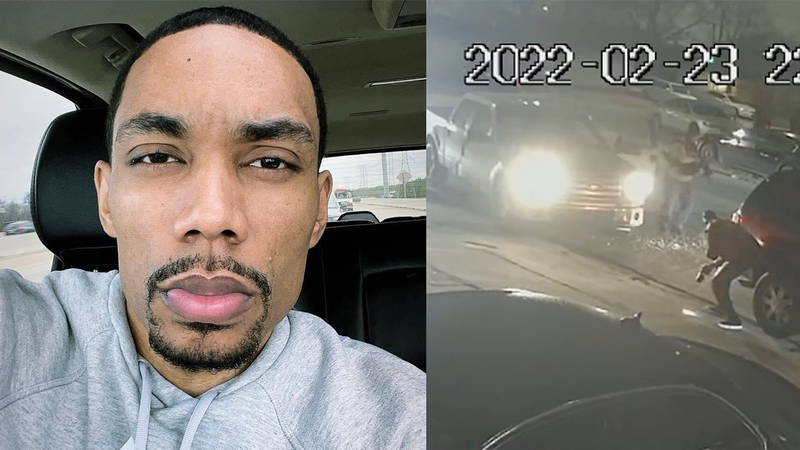 Houston residents are demanding justice for Walter Hutchins, a Black man who was seen on video being killed by bounty hunters in a botched attempt to execute a warrant.

The bounty hunters pulled up in two vehicles and blocked in Hutchins before jumping out of their cars and over to his car. A few moments later, shots were fired. Hutchins was hit in the head and later died from his injuries.

Hutchins’ family says he had no way of knowing who the bounty hunters were. Another local bounty hunter who viewed the now-viral video agreed.

There were four bounty hunters involved who told the Houston Police Department lieutenant at the scene they were attempting to execute a warrant when things took a dangerous turn. The bounty hunters work for an insurance company that funds private bail bond companies.

The hunters claim Hutchins shot at them first.

“They were here looking for an individual that they did spot,” Lt. R. Willkens, HPD said. “They found him over here inside of a vehicle. They approached the individual; the guy that was sitting in the car.”

Civil rights attorney Ben Crump and Bob Hilliard are representing the Hutchins family and held a press conference on Tuesday, Click 2 Houston reported. Crump called out the bounty hunters for opening fire on Hutchins less than five seconds after approaching his vehicle.

“It is clear, you don’t have to take our word for it, watch the video, Walter Hutchins was executed,” Crump said.

“In the African American community, we see far too often where you have the police unjustly kill us. They are the judge, the jury, and the executioner, but now we see these bounty hunters—these private citizens—judge, jury and executioner right there on the spot!”

Crump also credited Rap-A-Lot Records founder James Prince for speaking out against Hutchins’ death and helping to give the case the media attention it deserves. The rap mogul shared the shocking video to his Instagram page last week telling his followers about the bounty hunters who “ambushed” Hutchins.