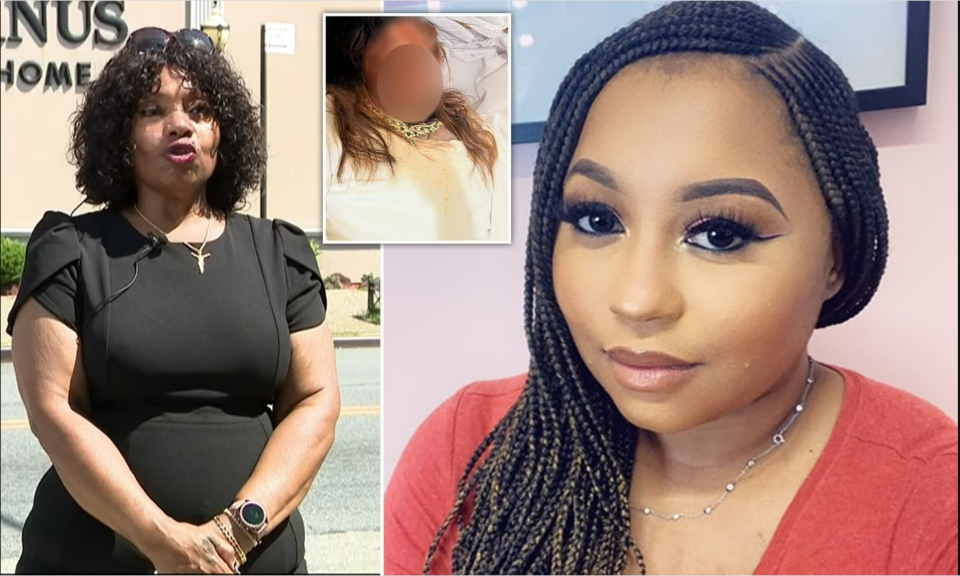 A distraught family is suing a Brooklyn funeral home for allegedly mishandling a woman’s body and displaying her “mud monster” corpse at the wake.

On Friday, the mother and ex-boyfriend of Regina Christophe filed a lawsuit in Brooklyn Supreme Court against John J. McManus and Sons Funeral Home over claims the body was left unrecognizable during a July 9 memorial, NY Post reports.

Christophe, 37, passed away peacefully in her sleep on June 24. Her mother, Chantal Jean, says her final image of her late daughter has become a nightmare after seeing what she called a “mud monster” lying in the casket.

“Her face looked like it was caved in,” Jean told ABC 7 NY. “Actually, looks like it was burned as fake skin was like melting off her face, one eye maggot came out of her eye.”

“The last image I saw was a monster in the casket,” Jean said.

Jean’s attorney Kurt Robertson described what Jean saw during her daughter’s wake, including “maggots crawling” from her eyes and part of her body wrapped in garbage bags.

Robertson says Jean stopped Christophe’s two children from seeing their mother for the last time because she didn’t want that to be “the last image they see.”

Jean says she was prevented from seeing her daughter for the two weeks the funeral home had the body after receiving Christophe’s corpse from the medical examiner.

“The family took photos of Regina immediately as she passed when the examiner took her,” Robertson said. “The medical examiner only had her for two days; when the family spoke with the funeral home after the fact, there was no mention of any state of decomposition or anything like that.”

The funeral director blamed multiple factors for Christophe’s decayed corpse, including the days the body was in the heat before it was brought to the medical examiner and the four days it was with the examiner.

The funeral home released a statement.

“We feel sincere sympathy for the family and understand their grief. The family contacted us four days after her passing, and at their request, services were scheduled another 11 days later,” the statement read. “This was an extremely difficult case, and we used our best efforts to prepare her for the time requested by the family, and advised them of her condition prior to the day of services.”