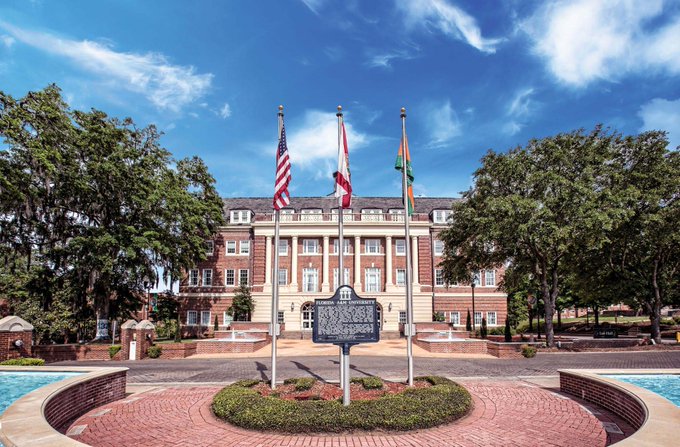 Florida A&M University is among the highest-ranked public universities in the nation. The historically Black university received its new rank in the recently released “Best Colleges 2022” guidebook by U.S. News & World Report.

The guidebook, published Monday, revealed that FAMU moved up 13 spots from no. 117 to no. 104 in the overall ranking. The Tallahassee-based university remains the top-ranked HBCU—among public HBCUs only—for the third year in a row.

In last year’s book, FAMU and North Carolina A&T University tied for seventh place in the Top 10 HBCU category which includes both public and private institutions. This year, FAMU holds the no. 7 spot followed by Greensboro-based NCAT ranked at no. 8.

In total, the guidebook reviews 392 institutions; of those schools 179 are private and four are for-profit offering undergraduate, master’s, and doctoral degrees, according to the Tallahassee Democrat.

“Moving up 13 places is a testament to our focus on student success and the dedication of our faculty, staff and students to the tenets of our strategic plan, FAMU Rising,” FAMU President Larry Robinson, said in a release, according to the Tallahassee Democrat. “Our intentionality and teamwork allow us to focus acutely on opportunities and more effectively address challenges.”

The University hosted a celebration of the rankings during a public event Wednesday at its Lawson Center.

Some of the main focuses for the school’s current five-year plan—spanning from 2017 to 2022—includes improving retention, six-year graduation rates, expanding faculty research options, improving infrastructure, and customer service, according to US World News and World Report.

A few years into its plan, which is currently being updated, and FAMU is already seeing considerable improvement.

The average GPA for admitted students increased from 3.74 to 3.8 in 2020. The university also increased its overall points gained in achieving metrics set by the Board of Governors. This year,  the school went up from 73 in 2020 to 79 in 2021, marking its highest increase in history.

As a reward, FAMU will see $12.65 million investment from the state along with $14 million from its own investment, totaling to $26.7 million in performance-based funding.