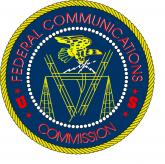 When the FCC approved a controversial bid by Sirius Satellite Radio to acquire XM Satellite Radio for a reported $3.5 million in July, many in the broadcasting industry saw the approval as giving big media an advantage to form monopolies and shut out small minority-owned operations.

At a hearing at the Schomburg Center for Research in Black Culture in Harlem after the merger was approved, the five FCC commissioners were taken to task for that decision and others when minority broadcast owners, media brokers and investors gathered to discuss the barriers to communications financing for women and minority-owned broadcasting companies. The commissioners had scheduled the hearing to learn why those barriers exist and what options might be available to tear them down.

“The tsunami of media consolidation this country has been through over the past decade and more has been bad — very bad — for minority and female ownership,â€ said FCC Commissioner Michael J. Copps who along with Commissioner Jonathan S. Adelstein dissented on the decision to approve the Sirius-XM merger. “But as we all know, the commission has taken a very different approach, actually pushing for more media consolidation rather than attempting to stem the tide.â€ He explained that the nation is approaching a minority population of one-third, but people of color own 3% of full-power commercial television stations.

“These numbers are disturbing to me as a woman, as mother of a daughter, as a policymaker, and as a consumer,â€ said Commissioner Deborah Taylor Tate, one of the three Republicans who voted for the Sirius XM merger.

An FCC order promoting diversification of ownership in the broadcasting services adopted in December 2007 is expected to help minorities and women obtain access to capital but only minimally since the FCC didn’t adopt definitions other than “small businessâ€ to explain who can take advantage of these measures.

“There is a lot of capital in the market place,â€ says Anita Graham, general partner with Opportunity Capital Partners. “Without the rules and regulations the capital will flow.â€

Restoration of the tax credit is an issue panelists said would increase access to ownership. The passage of the Minority Tax Certificate in 1978 led to an increase of African American ownership. However, when a Republican-run Congress repealed it in 1995 and replaced it with the 1996 Telecommunications Act the