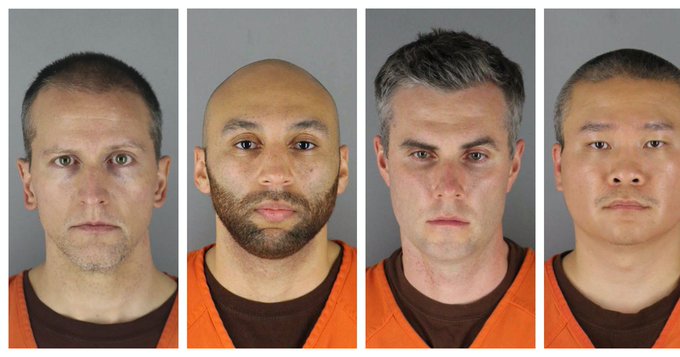 The news is not getting better for the terminated police officers who took part in the death of an unarmed Black Minneapolis man last May.

Weeks after being found guilty for killing George Floyd on a Minneapolis street while kneeling on George Floyd’s neck for about 9 minutes, the former police officer, Derek Chauvin, has now been charged in a federal case. The pending charges accuse him and the other three police officers on the scene that fateful day of violating the civil rights of Floyd.

According to The Associated Press, a federal grand jury has indicted the four former Minneapolis police officers who were involved in Floyd’s arrest and death. The men have been accused of willfully violating the Black man’s constitutional rights as he was restrained face-down on the pavement and telling them that he couldn’t breathe.

According to CBS News, the Rev. Al Sharpton and the National Action Network provided the following in a written statement:

“For many years we have tried to get the federal government to make it clear that these crimes are not only state crimes but violate civil rights on a federal level when police engage in this kind of behavior. What we couldn’t get them to do in the case of Eric Garner, Michael Brown in Ferguson, and countless others, we are finally seeing them do today and this is a significant development for those of us who have been engaged in the struggle and police reform movement.”