Femi Wasserman, The Only Black Female Executive in Fantasy Sports 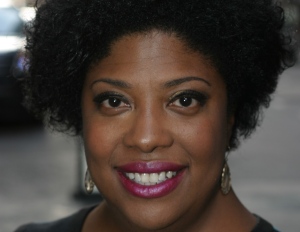 Femi Allen Wasserman is so used to being first that it doesn’t even seem like it’s rare for her to be a pioneer in any position she holds. She is VP of communications of DraftKings Inc., and company spokesperson, as well as the only African American female executive in the daily fantasy sports industry. Being first is not unusual for Wasserman.

If you are involved in fantasy sports, then you’d understand its popularity. If you don’t, then know that with more than a million registered users, DraftKings is on track to distribute more than $200 million in cash prizes in 2014.

So, how does a former director of product development for Capital One Financial get involved in fantasy sports? Well, BlackEnterprise.com caught up with this busy lady to discuss how she splits work and family and being a one-of-a-kind in a field where she doesn’t see any faces like hers in the ranks.

BlackEnterprise.com: What drove you to become involved in fantasy sports, something dominated by men?

Femi Allen Wasserman: Well, I’ve always been in industries dominated by men. I was a math major and worked in finance before DraftKings, so being a minority in more ways than one was never a concern for me. However, I’ve also been a sports fan since I was very young. It started with watching NFL football on Sundays with my dad, so when this opportunity presented itself, I was beyond excited.

You are currently the only African American female executive in the daily fantasy sports industry. How do you deal with having that distinction?

It’s not something I consciously deal with. It’s just something I do. As an African American female professional in a STEM field, I’ve been a lot of “firsts” in my life, as have many others. The biggest lesson I’ve learned is that just because something hasn’t happened, doesn’t mean that it can’t. And you can be the one that does it.

How do you stay passionate about what you do and what keeps you focused?

First, what I do is a lot of fun. I love the industry and I love the people I work with at DraftKings. That’s so important, and it makes everything else I have to do that much easier. I stay passionate and focused because I really enjoy the feeling of a job well done. I always have. There’s a high that comes when you win, and I work hard to continue to experience it.

Tell us about DraftKings Inc. What is the company about and what is your role?

DraftKings is the largest US-based host of daily-fantasy sports games. Daily fantasy sports is similar to the fantasy sports leagues that we’re all familiar with, except that the “seasons” are shorter. For NFL, you draft every week, with the player pool determined by the games that are being played that week. And you can win big! We award several million dollar top prizes a year, and this year will pay out over $200 million in prizes overall.

I head Communications and am the spokesperson for DraftKings. I’m responsible for developing and executing our strategy and positioning for earned media. In that capacity, my role comprises event planning, managing internal and external communications, customer relations, and branding. I also handle media interviews.

How do you handle the day-to-day duties of your job?