We’re Barely into the First Semester, and White People Are Already Acting Up 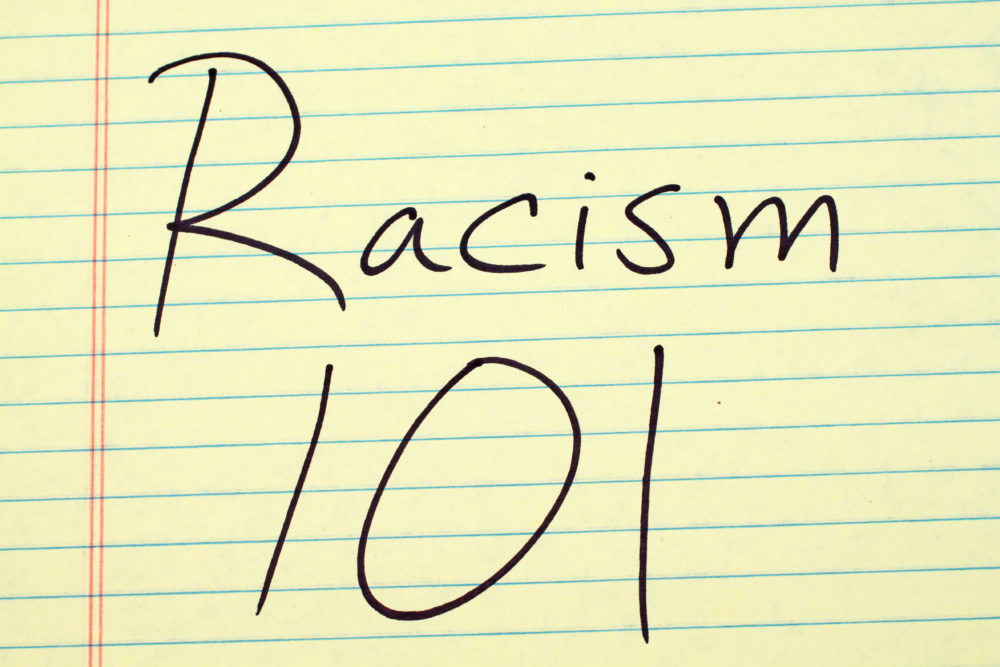 Racism—it’s as American as apple pie. And racist acts continue to increase, fertilized by a toxic political environment. In fact, a report from the Center for the Study of Hate and Extremism; California State University, San Bernardino shows that hate crimes in the largest U.S. cities rose 12%–the highest in the last decade.

According to the NAACP, “there is a direct relationship between the rise in hate crimes exemplified by the continual #LivingWhileBlack incidents and other reported crimes and President Donald J. Trump’s xenophobic rhetoric and racist policies.”

After a summer of white women calling the police on black people cooking out; black children selling water; and black children mowing lawns to earn money—fall is here and a fresh, new crop of racism has already made its insidious way into our classrooms and college campuses. Here is a roundup of some of the latest incidents:

After a black Houston Texans quarterback failed to complete a pass during the last play of a game, Lynn Redden, a white, male school superintendent, saw fit to opine about black quarterbacks in a public Facebook post.

“That may have been the most inept quarterback decision I’ve seen in the NFL,” he wrote in the post. “When you need precision decision making you can’t count on a black quarterback.”

Redden has since resigned after fueling outrage. In his resignation letter, he offered perhaps somewhat of an understatement, “As an educator, this experience has taught me that I still have a lot to learn.”

Pictures circulated on social media of two taunting and some say racist signs posted at Auburn University fraternity houses. The signs were targeted at the visiting HBCU.

The signs seemed to disparage the intelligence and academic achievement of HBCU students.

Writer Michael Harriot in his column for The Root, explains why the signs went beyond a college prank:

…it must be noted that Alabama State University offers the opportunity of a college education to students who might not traditionally get one elsewhere. According to the New York Times, in 2015, students at Alabama State University had a median family income of $30,300 per year, the lowest of any 4-year college in Alabama. Twenty-nine percent of ASU students came from families that made less than $20,000 per year, second-lowest in the state

Reports are circulating that members of the Kappa Kappa Gamma, sorority, to which the Duchess of Sussex, Meghan Markel belonged, made racially-charged statement.

The sorority sisters are alleged to have mocked a black faculty member giving a presentation during a welcoming event. Several black students told Yahoo Lifestyle they overheard “Black people, get away from me,” and “Black people, stop wearing grills.”

Kappa Kappa Gamma issued the following statement to Yahoo Lifestyle, “Kappa Kappa Gamma values diversity and inclusion among our membership, and we encourage our members to promote and demonstrate an understanding of these values, both on the college campus and in the world community. We are aware of this incident and have reached out privately to the group involved. We are also reviewing this matter with our members and will determine any appropriate next steps with our local chapter.”

Many young people are finding their voice against racial injustice by joining #BlackLivesMatter, #BuyBlack and other social justice movements. Could their activities stop them from getting into the college of their choice? One researcher says yes.