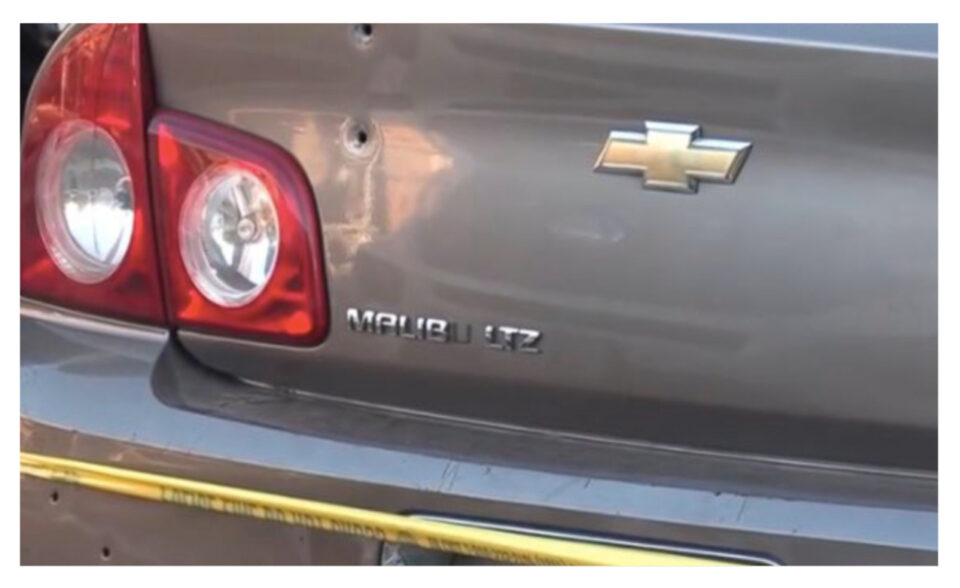 Five-month-old Cecilia Thomas was killed in Chicago after being shot while inside a vehicle. (Photo courtesy on NBC News Chicago / Twitter)

A five-month-old baby has died after being shot while inside a car in Chicago on June 24, according to ABC News. The baby, who was identified as Cecilia Thomas, had been shot in the head. Two men were also shot to death in the city on Friday.

Thomas was in the car with her father on the 7700 block of South Shore Drive around 6:45 p.m. on Friday when the shots were fired from another vehicle. Her father pulled over near Crandon Avenue and 71st Street as the baby cried and requested police assistance. The baby was taken to Comer Children’s Hospital but did not survive.

The Chicago Police Department has not released further details and no one has been arrested. The family gathered outside the hospital following the shooting, and one person yelled they hoped the police caught the killer.

“She got shot in the head. I hope y’all catch whoever did this.”

A 41-year-old man was also shot near his eye while driving by the scene and drove himself to the University of Chicago Medical Center. He is reportedly in good condition.

Reporter Vi Nguyen shared photographs from the scene on social media. “The 5-month-old baby girl shot and killed in Chicago’s South Shore Friday night has been identified as Cecilia Thomas, according to the Cook County Medical Examiner’s Office. @nbcchicago.”

The 5-month-old baby girl shot and killed in Chicago’s South Shore Friday night has been identified as Cecilia Thomas, according to the Cook County Medical Examiner’s Office. @nbcchicago pic.twitter.com/AAqynJeaHy

Another man was shot to death in an unrelated shooting the same evening. Twenty-three-year-old Amad Martin was found shot in the back and shoulder on the 9600 block of South Princeton Avenue around 11-35 p.m. He was taken to the Christ Medical Center in Oak Lawn where he died.

A 45-year-old man, Edward L. Gholston, died from multiple gunshot wounds after being found on the 10700 block of South Champlain Avenue around 11 p.m. He was also taken to the Christ Medical Center where he died.

The Chicago Police Department has recorded 282 homicides in 2022 so far. Activist Ja’Mal Green has offered a $5,000 reward for pertinent information regarding the shooting.