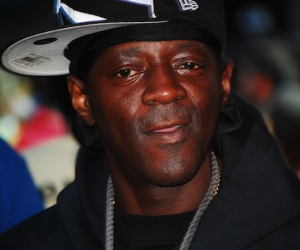 William Jonathan Drayton Jr., aka Flavor Flav, is being held on $23,000 bail at the Clark County jail, with an initial court appearance scheduled for Thursday.

Las Vegas police say Flavor Flav is jailed on felony charges stemming from a domestic argument with his fiancee and threats to attack her teenage son with a knife.

The 53-year-old former Public Enemy member and reality TV star, has been in trouble with the law previously.