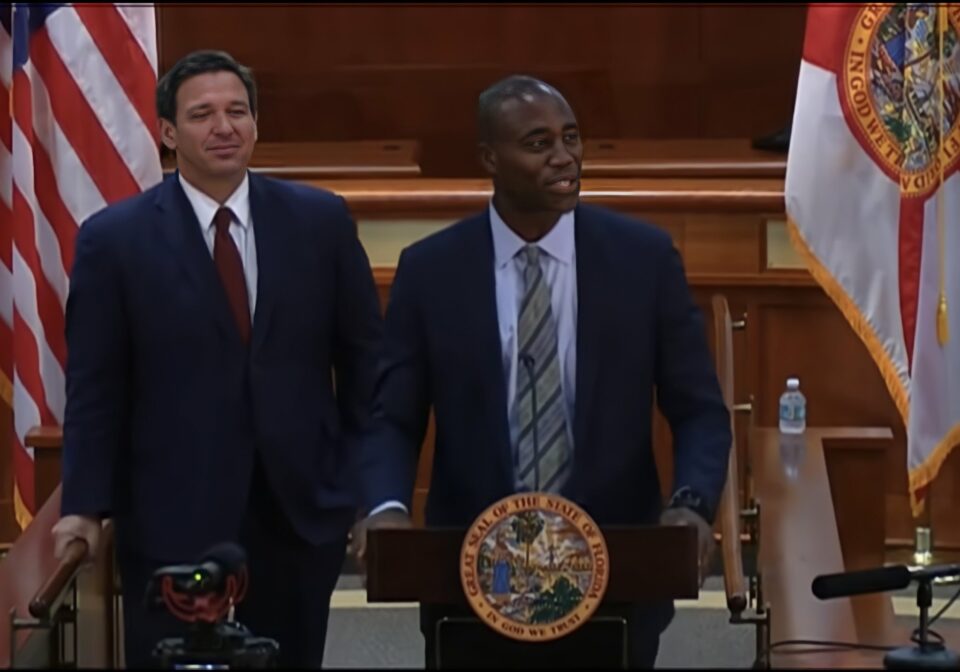 Florida Gov. Ron DeSantis has appointed a Black, Harvard-educated surgeon general who is anti-mask, anti-vaccine, and against COVID-19 mask mandates.

DeSantis introduced Dr. Joseph Ladapo Tuesday, but you may have seen him last year when he and several other doctors held a press conference outside the Supreme Court touting several unproven and debunked theories about COVID-19.

DeSantis’ press secretary Christina Pushaw told The Hill the doctor is not against the vaccine or masks, but against vaccine mandates and forced masking.

Ladapo stood beside DeSantis on Wednesday and said the state should be focused on good health practices adding COVID-19 vaccines are not special compared to other health measures.

“Vaccines are up to the person,” Ladapo told reporters, “There’s nothing special about them compared to any other preventive measure.”

The doctor also wrote an Op-Ed in the Wall Street Journal in which he states mask wearing has a modest effect on stopping the spread of the coronavius pandemic.

“Mandates infringe on personal autonomy, which can lead to political strife and unintended consequences, but they have value in some situations,” Ladapo wrote. “In general, however, wise policymaking respects the intrinsic value of personal autonomy and seeks the least burdensome path to achieve social gains.”

Ladapo’s piece goes on to say the focus of COVID-19 shouldn’t be on preventing the spread of the illness, but on therapies that treat the illness. Treating those who have been infected is also something DeSantis is pushing as he’s focused on providing monoclonal antibody therapy for those suffering from the virus.

DeSantis has also largely kept the state open due to its huge bar, restaurant and travel industries. All three  industries were hit hard by the pandemic and suffered significant losses as Americans stopped traveling and going out.

Several people including a former classmate have blasted Ladapo on Twitter for his anti-mask and anti-vaccine stance as a doctor who has likely seen people die from the virus. The state of Florida has had more than 3.5 million COVID-19 deaths and 51,000 deaths since the pandemic began.