An investigation has been launched in a Florida school district over a viral TikTok video that shows a teacher making claims that white slave owners didn’t whip Black slaves and that the N-word isn’t an epithet but it “just means ignorant.”

According to International Business Times, a Black student recorded himself and his reactions on TikTok as the teacher makes asinine statements pertaining to slavery and the meaning of the N-word to his class.

The TikTok user, using the screen name @elnegrosabrosoo and being identified on the app as Hector, is a Black student at Island Coast High School in Cape Coral, Florida. In the video clip, another student can be heard in the background asking the teacher about the white slave owners and how they “crack the slaves with a whip” to which the teacher responded, “They wouldn’t do that to slaves.”

The teacher then asks the class, “If I call someone the N-Word, what does that mean?” A student remarks, “The N-Word?” and he states no and another student asks “Ignorant?” He says “Yes, the N-word just means ignorant. It doesn’t have any other meaning in any other vocabulary other than you are a stupid person. You are ignorant. You are not well-read. You are not well educated. That’s what it means.”

Island Coast High School did acknowledge that they have been informed about the viral video clips on its Twitter account.

Thank you for the information we are aware and it is currently under investigation. 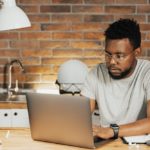 Create Stunning Marketing Videos With This Easy to Use $40 Tool 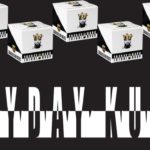