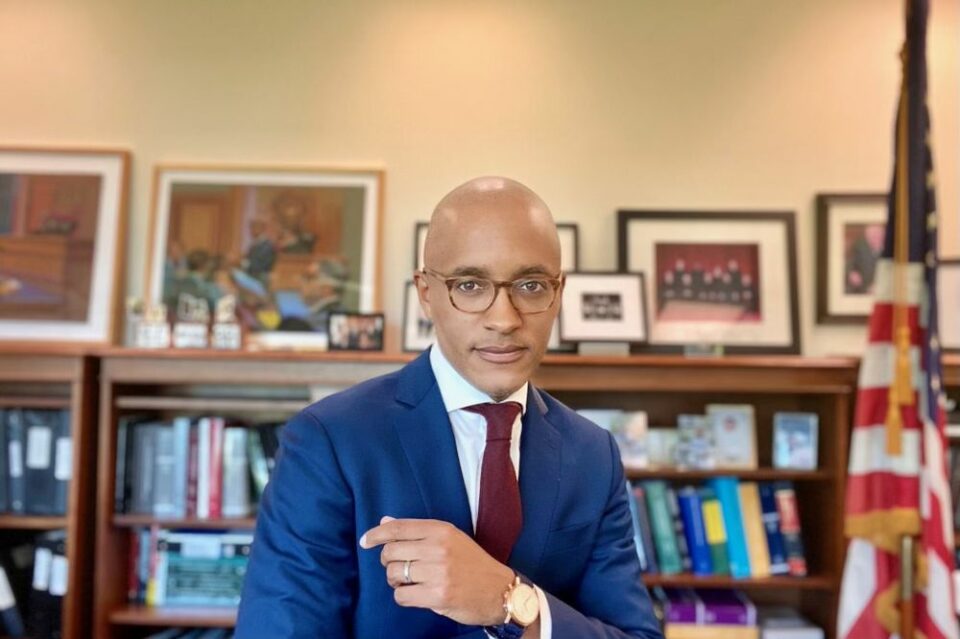 Damien Williams was confirmed as the first Black man to serve as the United States attorney for the Southern District of New York. (Image: Twitter/@Bloomberg)

Attorney Damien Williams has become the first Black man to lead the Southern District of New York in its 232 year history.

Williams was nominated for the position by President Joe Biden in August and those who have previously held the position have gone on to become judges, senators and the mayor of New York City. The confirmation makes Williams the most powerful law enforcement official in the five boroughs.

The Southern District handles some of the nation’s most complex cases including fraud, terrorism and corruption. The office is currently preparing to try Ghislaine Maxwell on sex trafficking charges and is investigating former NYC Mayor and former President Donald Trump’s personal lawyer Rudy Giuliani over his dealings in Ukraine.

Williams, the son of Jamaican immigrants who left the island in the early 1970s, was born in Brooklyn and raised in Atlanta. He holds a degree in economics from Harvard University and a degree in international relations from the University of Cambridge. Williams also has a degree from Yale Law School and has close ties to the U.S. Justice Department.

“Beyond his extraordinary qualifications, Damian is the right person at this time in history to be the U.S. attorney for Manhattan,” Theodore Wells Jr., a Black partner at the law firm Paul, Weiss and one of the nation’s most prominent litigators, told The New York Times.

One thing Williams will have to confront is the lack of diversity in the Southern District. According to the Times, of the 232 assistant U.S. attorneys and executives, less than 10 are Black including Williams. The Harvard graduate will also try to restore stability to the position.

Two of the last four people to hold the position were fired by the Trump Administration including Geoffrey Berman, who twice refused to resign before Trump’s Attorney General Bill Barr fired him.