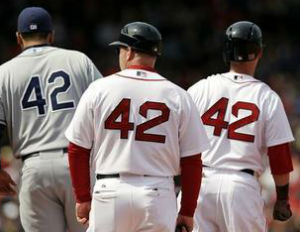 The Red Sox are at $1.5 billion, according to Forbes.
Team owners are John Henry and Thomas Werner.

After not winning a World Series since 1918, the Red Sox finally conquered the so-called “curse of the Bambino” in 2004 winning their first championship since they traded Babe Ruth.Â  They won their third World series last year which triggered a 14% spike in the “team’s local television rating, to 7.3, on the New England Sports Network.”