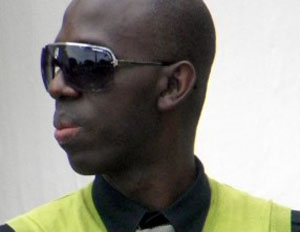 As part of our special Month of the Man features and in commemoration of Caribbean Heritage Month, BlackEnterprise.com caught up with a leading innovator in the fashion industry from Jamaica. Here he talks his career path, his plight to ensure Jamaica becomes a global fashion center and his advice for young men of color around the world.

Did you know the next emerging fashion powerhouse is in the Caribbean? This is largely due to the fact that Jamaican entrepreneur Deiwght Peters has silently been raising the bar for Caribbean fashion. The former banker turned fashion mogul is the founder of Saint International Ltd, a Jamaica-based modeling agency that is known as a leading exporter of black models across the globe. Founded 12 years ago, the company’s extensive client portfolio spans top design houses such as Calvin Klein, Louis Vuitton, Diane von Furstenberg, Marc Jacobs and has graced the pages of TeenÂ Vogue, Elle Magazine and Vogue.

For Peters, his journey wasn’t that traditional. He says he somewhat stumbled upon his success. “For me, I think it was totally by accident. I was in an advanced career in banking in the financial sector,â€ says the Saint International founder. “I left the bank as a senior marketing executive and had all the ambitions of becoming the president of the bank. However, fate intervened. While I was in banking I had quite a bit of interactions with the creative industry which led me down this road. I would choreograph major fashion shows and I’ve done shows featured on E! and the Travel Channel.â€

In addition to managing talent, Saint International prides themselves for curating and producing some of the biggest and best fashion events in the Caribbean including Model Icon, Fashion Face of the Caribbean and Style Week Jamaica— cited as the biggest live fashion event in Caribbean. Not bad for a former banker, right? Now in its 8th year, Style Week Jamaica continues to lead as one of the hottest fashion productions in all of the Caribbean. Not to mention, the week concludes with a mass production that blocks the streets of New Kingston with the Caribbean’s longest runway that is over 150 ft long.

Through his work, Peters plans to change the fashion game. Saint International through its many platforms created an event called the “Avant-Garde Designer of the Year Competitionâ€ which acknowledges young Jamaican designers. “The platform has opened the door for the featured designers to become household names, [which has led to] many other opportunities,â€ Peters says.

In addition to giving emerging designers a spotlight, Peters has cultivated the careers for many of the models as well. “I don’t believe the position that some take that black models can’t do well. We live by the motto, ‘Changing lives, expanding horizons.’ None of these models ever thought they could be a model. Many of these women are from humble backgrounds. One of the most remarkable things is for us to see the number of lives we have been able to change.â€ In his work Deiwght Peters continues to churn out only the best talent in Jamaica and the Caribbean and places them on the world’s top runways, thus raising the bar of expectation for Caribbean fashion.

Peters recognizes the importance of staying humble and remaining confident as an entrepreneur. “Self motivation and self belief are important. You have to be genuinely passionate about what you do,â€ he says. “I’ve always recognized that. You have to understand the money is not going to come overnight. You’re on a long term journey of building a brand. As a black man, we have to understand the ways of the world. We have to build and maintain relationships to help build our profile globally, so that other people can believe in your vision so people can help take you to the next level.â€