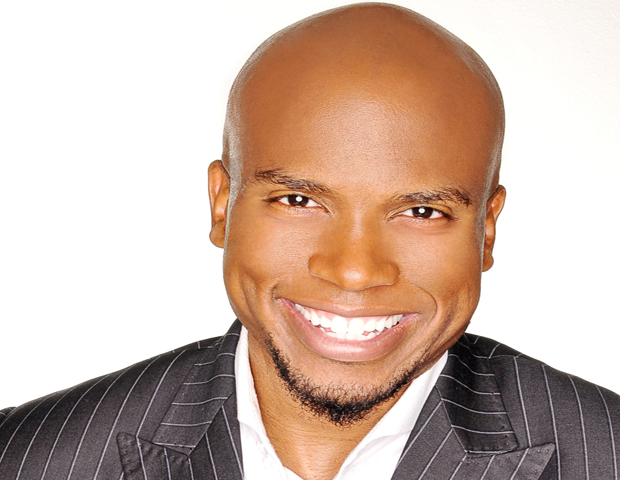 Boasting an 11-year public speaking career, complete with accolades such as Disney/Eastman Kodak’s “Mentor of the Year” award, Jonathan Sprinkles has more experience than his youthfulness lets on. The self-proclaimed “Connection Coachâ€ knew from a fairly young age that he wanted to be a speaker.

As a student at the University of Texas, Sprinkles became a recruiter and discovered a command for attention. But after graduation, with no idea of how to parlay that talent into an actual career, Sprinkles took a job with Dell, selling computers to small businesses. He quickly made the correlation between public speaking and salesmanship, and soon began honing his skills via Toastmasters International public speaking classes, becoming even more drawn to his ability to inspire.

The Toastmasters classes paid off–at just 23 years old he was making more than $80,000 a year thanks to his charismatic sales pitches–but still, something was missing. Sprinkles found that his dream deferred was on the verge of exploding. “I was literally getting headaches at work,â€ he recalls. “I knew I wasn’t supposed to be there. No matter how much money you make, if you don’t love what you do, you aren’t successful. It was time for me to stop chasing a paycheck and start chasing my purpose.â€

Finally, two years after starting his lucrative career with Dell, Sprinkles decided to pursue his love for motivational speaking. But not everyone supported his ambition. “My boss told me ‘There’s no way you’ll ever make money as a professional speaker,’â€ he remembers. In a twist of irony, just three years later, Sprinkles found himself face-to-face with his naysayer after being hired to give a motivational speech to Dell’s top leaders.

But it took a dash of humility for Sprinkles to reach that level of success. He admits that he initially had a poor understanding of business planning. “I knew about the stage,but I had no clue how to market myself or how to brand myself.â€

Sprinkles then discovered the value of having knowledgeable mentors. “Most people, especially in [African American] culture, place a high value on getting over with improvisation, but that’s not how you run a successful business,” he says. “In our culture, we have a mindset that will always make us the talent, but not the business owner.â€ A church friend became Sprinkles’ business mentor, and provided insight on how to master the market. Once Sprinkles was able to understand his talent as a business venture, he saw rapid success. He’s now able to command up to $20,000 per speaking engagement.

It may sound like an unrealistic goal to some, but Sprinkles stresses that everyone has the capability of bringing similar dreams to fruition with faith and determination. “We always have a lot of excuses like, ‘I want to write a book, but I can’t find the time,’ or ‘I want to start that business, but this job pays me too well’â€ he says. “I say, get off your butt and get started! There’s an old saying in my industry: You don’t have to be great to get started, but you do have to get started to be great.’ â€