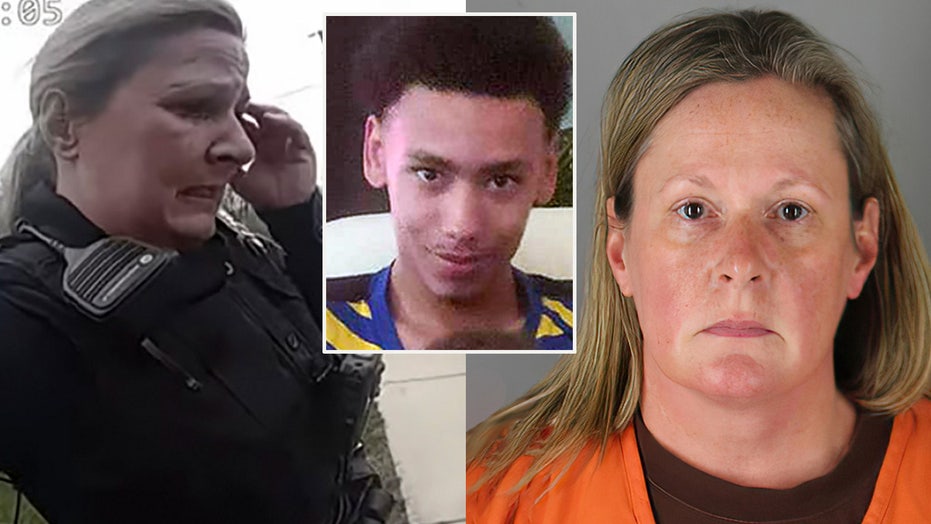 Former Minnesota police officer Kim Potter, who mistook her service weapon for a taser, shooting and killing Daunte Wright, has been found guilty on both counts of first and second degree manslaughter.

Potter, 49, who started with the Brooklyn Center police in 1995 showed little reaction as the verdict was read by Judge Regina Chu. After reading the verdict Chu thanks the jurors, which took four days to reach a verdict, for their time and work.

The former cop testified in her own defense during the trial, crying on the stand about the moment when she thought she was tasing Wright and instead fired the fatal shot.

“We were trying to keep him from driving away. It just, it just went chaotic. … And then, I remember yelling, ‘Taser. Taser. Taser.’ And nothing happened. And then, he told me, I shot him.”

Potter’s attorneys argued the veteran officer mistakenly shot Wright when she pulled what she thought was her taser. Additionally, Potter testified that she spent significantly more time on training with her firearm than her stun gun.

Potter and her partner stopped Wright, 20, on April 11 in Brooklyn Center, Minnesota. Potter’s partner noticed Wright driving with expired license plates and an air freshener on his rearview mirror, which prompted them to stop him. When the officers ran Wright’s name they discovered he had a warrant for his arrest.

When the officers told Wright he stepped out of his car, but as the officers attempted to cuff him, he got back in the car and attempted to drive off.  a struggle ensued and Potter then pulled her her gun, screamed taser and fired before realized what she’d done screaming out “I just shot him”

Wright drove away from the scene but only made it several blocks before crashing his car into another vehicle. The Hennepin County medical examiner announced the next day Wright died of a gunshot wound to the chest.

The shooting, which took place less than ten miles from the courthouse Derek Chauvin was found guilty for killing George Floyd.

Potter’s lawyers fought for her to be released until sentencing, saying it was an unintentional crime an otherwise innocent person committed, but Chu denied the request saying she could not treat Potter differently than any other person who has been found guilty of the manslaughter charges.

Potter will be sentenced Feb. 18. She faces up to 15 years for the first-degree manslaughter and 10 years for second-degree, but prosecutors have said they plan to seek a longer sentence.