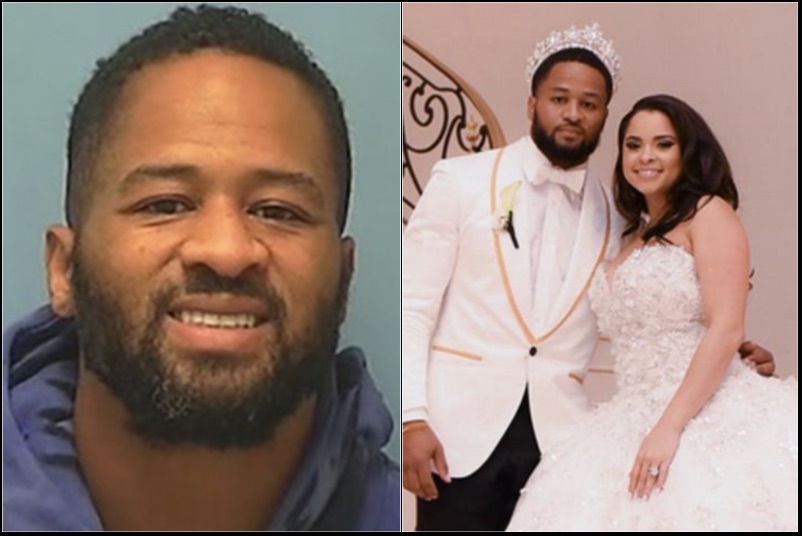 Former NFL safety Earl Thomas was arrested after violating a protective order by sending threatening messages about his wife and kids.

Thomas was taken into custody in Orange, Texas, on Friday, more than two weeks after a judge in Austin, Texas, charged him with a third-degree felony for allegedly violating a protective order more than once over the last year, ESPN reports.

The former All-Pro safety was arrested after being recognized at a restaurant in his hometown. The protective order, put into effect in May 2021, only allowed Thomas to communicate with his ex through a co-parenting app.

The woman claims Thomas refused to download the app and would instead contact her through text and show up unannounced. She also revealed Thomas’s threatening text messages, including a series of harmful texts, on April 18. He claimed to have two handguns and threatened to physically assault her.

“Waiting on hand in foot is why I’ll kick ur ass,” Thomas allegedly wrote in the text.

The next day Thomas allegedly sent more alarming messages saying, “I hope u in the car with him and the kids and yall drive off the road.”

“Ima let my momma and my cousins poison they (their children) ass.”

Trey Dolezal represents Thomas in an ongoing divorce and claims the former NFL player tried reaching out to his wife to see their children, CBS Sports reports.

The arrest comes a few weeks after Thomas shared his hopes of continuing his career in the NFL. Thomas hasn’t played in the NFL since being released from the Baltimore Ravens in 2020 after punching teammate Chuck Clark during training camp practice.

Thomas earned seven Pro Bowl selections during his NFL career and was a three-time first-team All-Pro. During his last season in 2019, Thomas signed a four-year, $55 million contract with the Baltimore Ravens in free agency.