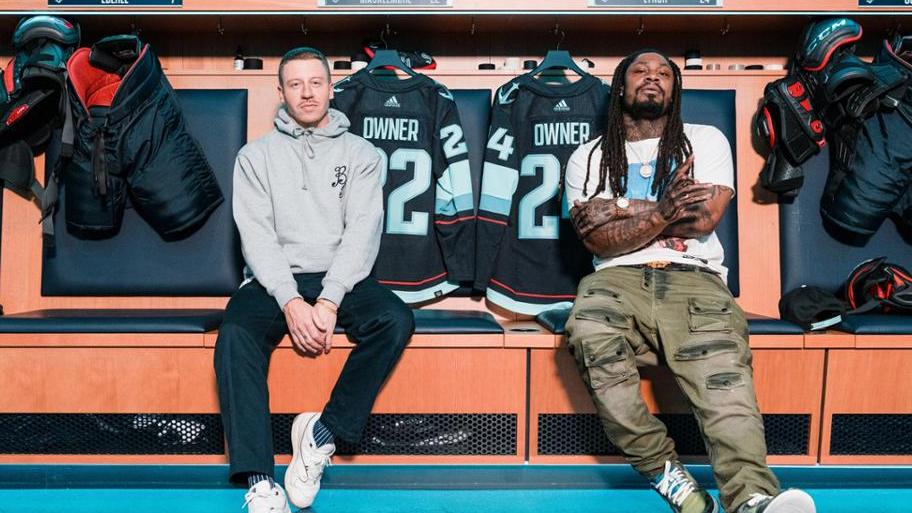 Known as “Beast Mode,” Lynch had his best years in the NFL—and won a Super Bowl—with the Seattle Seahawks. He retired in 2019.

“On God, I’ve been a part of a lot of things, but this is something I never would have imagined,” Lynch said in a written statement. “As a young hyena, I always dreamed of playing on a professional team but owning one is something special. As I look back on some of my accomplishments–I retired before I was 30 and now being an owner of a professional club at the age of 35 -I’m [going to] continue to count my blessings. Being a part of the Seattle Kraken is something big for me.

“It gives me another chance to get a ring after helping bring the first NFL one to the city. And if you thought I was goin’ somewhere, nah Seattle, I’m here! Stand up!!!!”

I’ve been a part of a lot of things, but this is something I never would have imagined- As a young hyena I always dreamed of playing on a professional team but owning one is something special.
Thank you @SeattleKraken, shout out to @macklemore. Seattle, I’m here. Stand Up!!! pic.twitter.com/K35DNZrVPX

Macklemore and Lynch have partnered with the Kraken Investor Group led by David Bonderman, the founder and majority owner, and Samantha Holloway, chairperson of the Kraken’s executive committee. Macklemore and Lynch will lead Kraken and Climate Pledge Arena initiatives to connect with hockey fans, music lovers and community members.

“I am a Seattle sports fan through and through, have been my entire life,” Macklemore said. “I think that sports define a city. They bring people together. It gives us one common purpose to root for. It’s really the spirit of the city in so many ways, and to be a part of that new era that is the Kraken, that is the NHL in Seattle, that is the new arena, to do that was a no-brainer in terms of the opportunity. It’s just something that I can’t really even put into words.

“It’s a big moment for myself, for Marshawn—we’re both super pumped to be involved—for my family and for the future.”

The new owners were present for the Kraken’s 4-2 home win against the Ottawa Senators Monday.

Lynch attended the 2021 NHL Expansion Draft when the Kraken announced their first 30 players. Lynch will be active in Seattle’s “Hockey is For Everyone” campaign and plans to work with the team to coordinate events concentrated on young people and community activism.