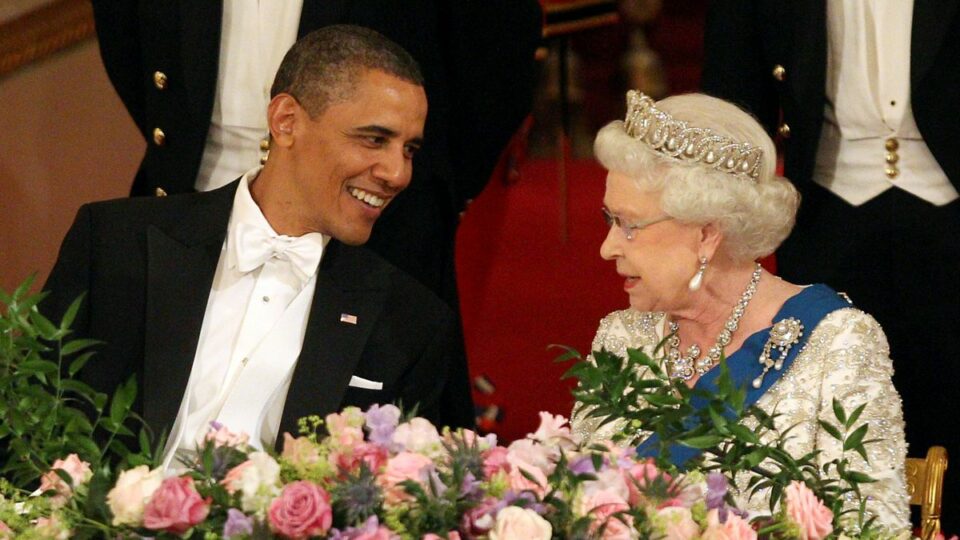 The UK's former chancellor of the exchequer said the Queen once asked him at a state banquet to tell then-President Barack Obama to leave because shge wanted to go to bed. (Image: Twitter/@MirrorRoyal)

The UK’s former chancellor of the exchequer said the Queen once asked him at a state banquet to tell former President Barack Obama to leave because she wanted to go to bed.

Business Insider reported Former Chancellor George Osborne told the story of the former president during a talk with Tory member of Parliament and Minister Lord Ed Vaizey telling the audience, “I was at a banquet — the state banquet in Britain for Barack Obama. And the Queen came up to me and said: ‘Will you tell the president it’s late and I want to go to bed.’

“And I looked over at — Barack Obama was having a great time, kind of knocking back vodka martinis with his mates, and I was like, ‘Oh, my god, I’m going to be the person that has to go and tell him to go home.’”

Obama visited the UK twice in 2011 and 2016. The former president interacted with Osborne during the G8 Summit in 2013 when he accidentally confused him with R&B singer Jeffery Osborne and apologized for the mishap.

Obama and his wife Michelle are currently in Chicago for a series of events Thursday and Friday for the Obama Foundation.

According to The Chicago Sun-Times, The Obamas will spend the next few days meeting with groups of community leaders “whose work embodies the Obama Foundation’s approach to civic leadership and who are working in their communities to build effective solutions to a range of challenges ranging from mental health, LGBTQ advocacy, violence, food insecurity, economic opportunities and more.”

Additionally, Michelle Obama will meet with Chicago Public Schools students “regarding life after high school and the various career paths available to them.”

The move was part of her Reach Higher initiative, which the former first lady has continued to champion in her post-White House career.