Former US Representative Jesse Jackson Jr. to be released from Prison 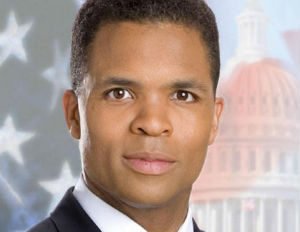 According to reports, former U.S. Representative Jesse Jackson Jr. is set to be released from prison on Thursday, March 26, and relocated to a halfway house in Washington, D.C. Jackson was sentenced to 30 months behind bars in August 2013 for the misuse of campaign funds.

The Democrat represented the 2nd congressional district in Illinois from 1995 to 2012. The former representative pleaded guilty in February 2013, fully admitting his wrongful use of campaign money to purchase more than $750,000 worth of luxury items. His sentence began in October 2013. Jackson’s wife, Sandi, is set to begin a 12-month prison sentence one month after Jackson’s sentence is finished. She is also a former Chicago alderman, who pleaded guilty to a different felony charge, involving the filing of false tax returns for more than six years.

Former Rep. Patrick Kennedy spoke to USA Today on Jackson’s early prison release, stating, “I went in there to say hello and catch up and tell him that I wanted to be there for him when he came out. And he told me, ‘Guess what? I’m going to be out in almost 48 hours.'”

What are your thoughts on the early release? Share your comments below.