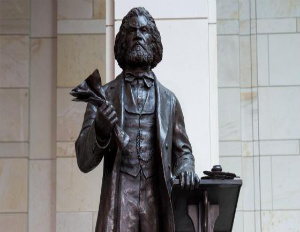 Fredrick Douglass, the black American statesman who wasÂ born a slave in 1818 in Talbot County, Md. and advised President Abraham Lincoln, has been honored with a statue on Capitol Hill