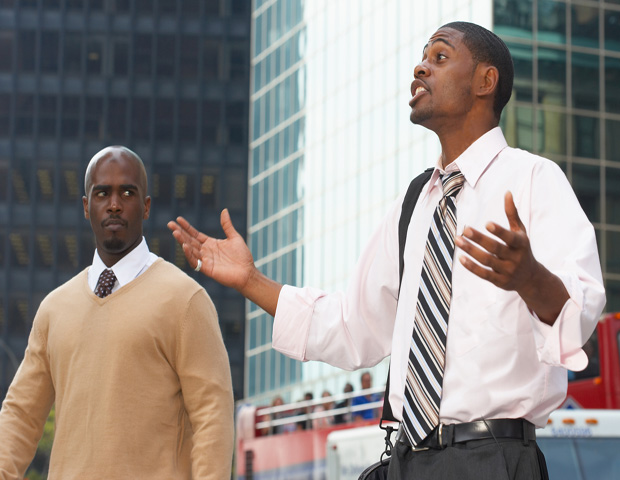 Gawker recently published a rejection letter from a tech startup founder who included tips for job seekers who didn’t make the cut. In the letter, Shea Gunther notified more than 900 applicants, who had little to no chance of landing a gig at his new company, on how to improve their job-seeking tactics—in 42 points to be exact.

According to the rejected candidate who forwarded the email, Gunther’s correspondence was harsh and insensitive.

“I don’t find it helpful,” the rejected applicant wrote. “I just find it arrogant.”

I’d beg to differ. I think it’s to be commended that Gunther took the time to reply to rejected applicants to detail better ways of marketing themselves. His letter holds a few hard-to-swallow truths that many job seekers can benefit from. Several are common pet peeves of HR professionals, managers and entrepreneurs who review thousands of applicants per week.

Here are a few I found myself saying ‘Amen’ to:

Do read the ad and do exactly what it asks.

Don’t ask me questions answered in the ad.

Don’t put your cover letter/introduction text into an attachment.

Do keep it short and sweet.

Don’t describe yourself as zany, crazy, or wild

I’ve seen quite a few of the above while vetting freelancers and interns, and I’ve been told I’m a straight-shooter—almost to a fault—when it comes to advice and critique on practically anything.

(For the record, I’ve never sent a rejection email including the details above. Also, many companies have policies on vetting and corresponding with job applicants, often overseen by an HR department or professional. In this case, it’s Gunther’s company).

I guess working on news desks for a few years will do more than help develop a thick skin and a penchant for telling it like it is—straight, no chaser. I had no time for tears or offense when the top priority was to get a top-notch paper to press on time for paying consumers and subscribers to have in their hands and at their homes—despite yelling, expletives and chaos.

When you’re denied for a loan, it’s disappointing, but it’s good to know reason for denial in order to improve and have better chances for next time. Why not apply the principle when it comes to job seeking?

If you’ve been on the job hunt (I’ve been unemployed before), it can be a tough road full of high hopes, rejections, meetings, more high hopes, more rejections and, finally, redemption (in the form of an offer letter). You’ll need to have to fortitude mixed with optimism, creativity, a sense of humor, flexibility and determination to keep pushing until you land the gig that’s right for you (or you say to heck with it all and create your own opportunities for employment and cash flow.)

I’m sure that email prompted many to revamp or improve their job search strategy. For others, the anger and frustration may have taken a toll, causing a not-so-great comment or angry response.

For anyone into boss moves, there’s a opportunity to pick out what you can learn from what some consider a bit over the top in terms of recruitment protocol. I think some of us need that type of hard-toned but helpful push to upgrade our job-seeking boss moves. What’s a better option: Blindly failing over and over again, or enlightened re-strategizing that could lead to employment?

What do you think? Was the email and pointers for rejected job seekers a bad move? #Sound off and follow Janell on Twitter @JPHazelwood.