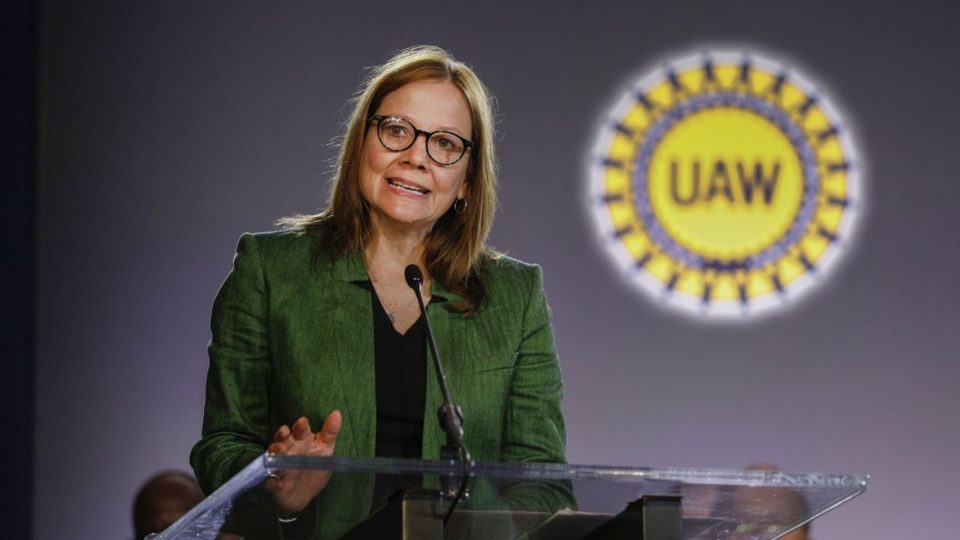 General Motors CEO Mary Barra has denied claims of racism made by a Black media group and said she will meet its members.

Earlier this week, Byron Allen, the owner of the Weather Channel, took out a full page ad in the Detroit Free Press calling Barra racist. Allen, rapper Ice Cube, and several owners of Black media companies says Barra has refused to meet them for five years.

Barra has denied the accusations and on Monday, the group met with GM’s Chief Marketing Officer Deborah Wahl in a preliminary meeting. GM spokesman Pat Morrissey said the meeting was constructive.

“We never said we would not have a meeting with Mr. Allen,” Morrissey told the Free Press. “We indicated we wanted to have a preliminary meeting between our chief marketing officer and his team to lay out our broader strategy on diversity and Black-owned media, including all marketing, advertising, and sponsorship activities prior to a meeting with Mary.”

Allen believes Barra has the opportunity to do something special in corporate America by including Black-owned media in GM’s media spending. The meeting is set to take place virtually due to the coronavirus pandemic.

In addition to Allen, the other members of the media group include Roland Martin, Todd Brown, founder of Urban Edge Networks, Don Jackson, founder of Central City Productions, Earl “Butch” Graves, president and CEO of BLACK ENTERPRISE, and Junior Bridgeman of Ebony Media.

Allen has previous experience fighting large corporations over their lack of diversity and inclusion. Allen is coming off two large settlements with Comcast and Charter related to a racial discrimination lawsuit.

In 2015, the former Real People co-host sued both Charter and Comcast for $20 billion, claiming the companies weren’t carrying his TV channels due to racism. The suit made it to the Supreme Court, but the high court struck down his arguments in a 9-0 decision, saying it was not enough to assert that race was one of several factors in not picking up his channels; he had to show it was a critical factor.