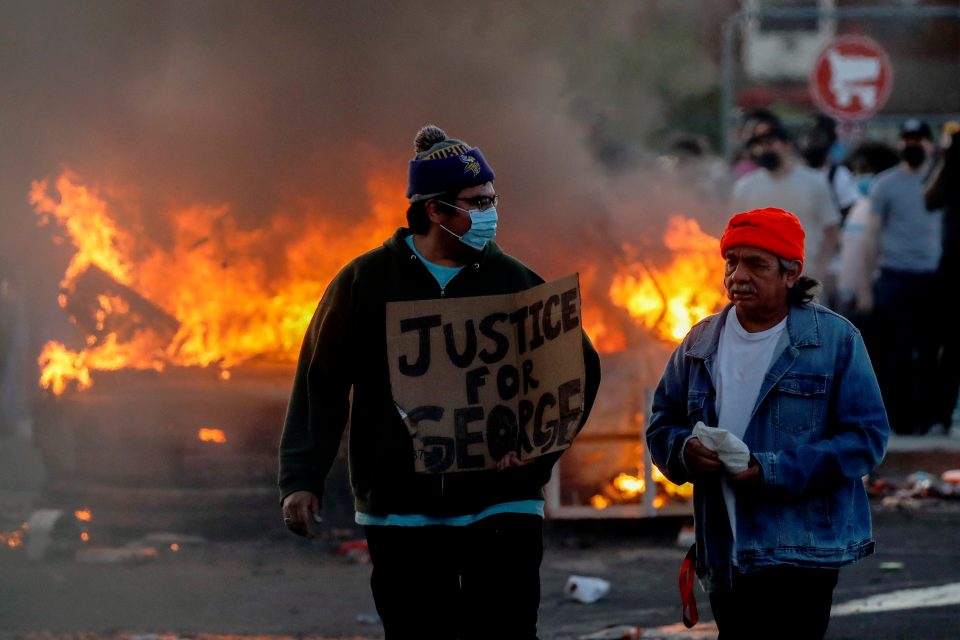 FILE PHOTO: A man wearing a face mask holds a sign near a burning vehicle at the parking lot of a Target store during protests after a white police officer was caught on a bystander's video pressing his knee into the neck of African-American man George Floyd, who later died at a hospital, in Minneapolis, Minnesota, U.S., May 28, 2020. REUTERS/Carlos Barria/File Photo

Hitting send after composing an email is a quick and easy form of communication. However, the pandemic has arguably brought society back to a place of respecting the value of hand-written letters and messages sent on greeting cards. In addition, leaders on new social justice movements have found creative ways to spread the word about causes and renew a sense of activism.

A company like Culture Greetings— a Black-owned greeting card company— serves as an example of finding a way to fuse social justice with business. According to a 2020 PR Newswire press release, Culture Greetings was founded in 2018. Greeting card selections feature imagery centered around and elevating the Black and Brown communities’ voices. Although card options include typical categories of occasions, mainstream and cultural holidays, LGBTQ+, and even social justice causes, are also among card options. The company took another creative step by partnering with the George Floyd Memorial Foundation to launch the “Justice for George Floyd campaign. Bridgett Floyd – George’s sister—established the nonprofit with other family members in 2020.

“The Foundation is a nonprofit organization with a focus on promoting global awareness of racial injustices,” a description in the ‘About’ section partially read.

According to CBS News, all of the jurors have now been selected for Chauvin’s trial. While it may seem like the only thing left for the whole world to do is to watch what happens next, the George Floyd Memorial Foundation, and Culture Greetings, are still pushing to keep Floyd’s face and story visible.

“Join us in demanding a fair trial and just punishment by signing your name and sending this postcard in the mail. Upon checkout this postcard will be queued for printing and mailing to Minnesota Governor Tim Walz, Judge Peter Cahill, Attorney General Keith Ellison and The City Attorney’s Office and The Department of Justice,” the details revealed online.

The directions further specified that the automated process only requires a signature and a return address. Postcards will be mailed out to the five aforementioned individuals on the supporter’s behalf. $17.50 is the complete cost for the campaign’s mailing. Additionally, the George Floyd Memorial Foundation will receive a portion of the proceeds.

On the Justice for George Floyd’s Instagram page, followers are reminded that the trial for the murder begins on March 29, 2021.

In a separate post, it mentioned that the aim is to send 10,000 cards to decision makes in Minnesota, since justice is not guaranteed. Some followers responded that they sent postcards on Floyd’s behalf.