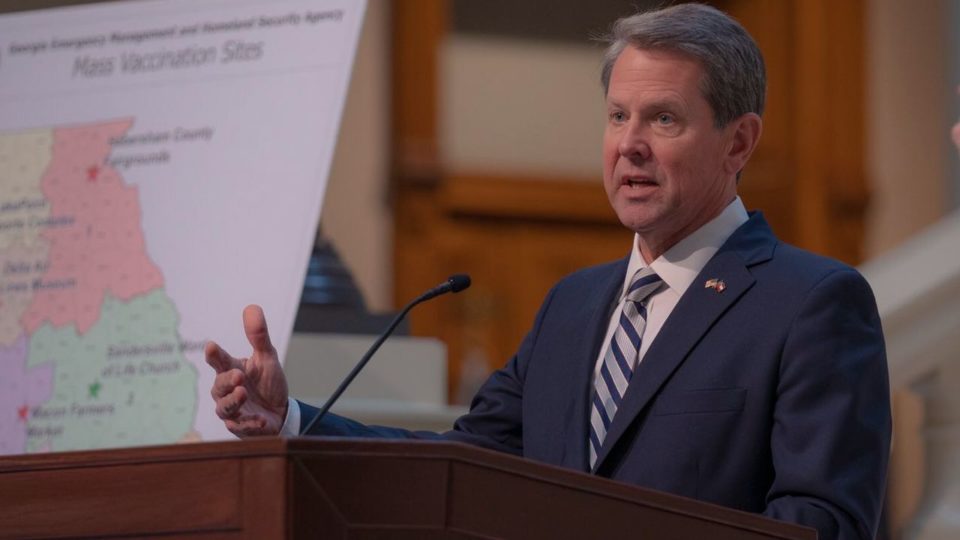 After passing restrictive election reforms and now feeling the ramifications following criticism against the new laws signed into law, Georgia’s Republican governor is now saying that minority-owned businesses will ultimately suffer because of the results of a decision he made.

According to The Associated Press, Gov. Brian Kemp made statements pertaining to minorities losing out on business because Major League Baseball has decided to move the game to Colorado. Over the weekend while discussing Major League Baseball’s decision to move this year’s All-Star Game from the city of Atlanta, Georgia to Denver, Colorado, the governor is trying to give the narrative that he has real concern about the Black community.

Adding to his discussion about the hurting of minorities in Georgia, Kemp makes a point to state that Denver’s Black community has a much smaller percentage of African Americans than Atlanta. And also saying that Major League Baseball’s move has injected politics into the “great American pastime.”

“People shouldn’t have to go to the game and worry about if they’re sitting next to a Joe Biden supporter or a Donald Trump supporter,” he said. “They ought to be able to go to the game, cheer for their team just like if you’re in church worshipping.”

Major League Baseball’s annual All-Star festivities have been moved from the city of Atlanta after Georgia Republicans voted to toughen voting laws after losing Senate seats to Democrats and on the back of false claims by former President Donald Trump of having the last presidential election stolen from him.