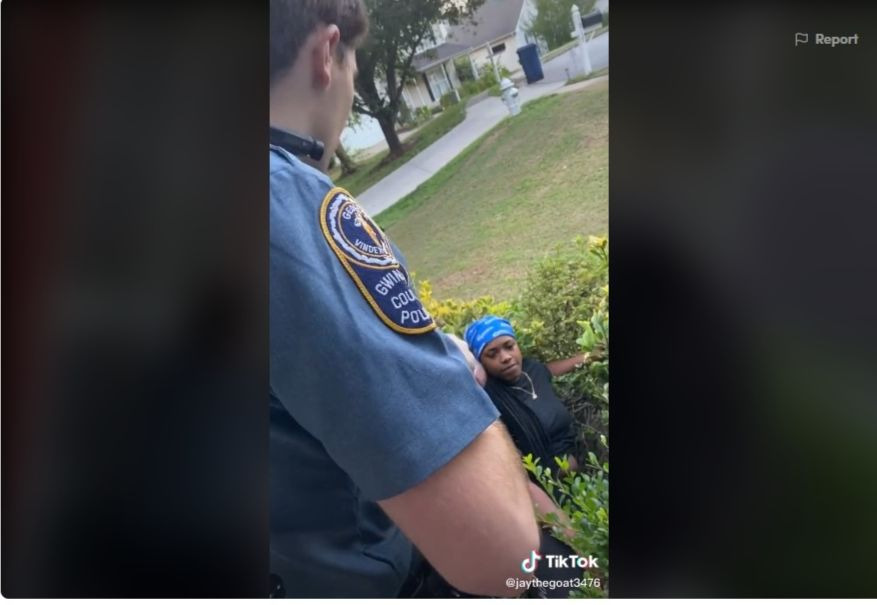 A white police officer in Georgia was terminated from the Gwinnett County Police Department after a video surfaced of him tasing an unarmed Black woman outside her mother’s home last week, according to WSB-TV.

The announcement was made on Friday by the Gwinnett County Police after investigators conducted a three-pronged investigation into the officer, who was identified as Michael Oxford. They addressed concerns about the arrest of the Black woman, Kyndesia Smith, the use of force by Oxford, and the conduct of the officers involved.

Police officials said that it wasn’t the officer’s use of force or the arrest that led to the firing of Officer Michael Oxford, but the way he conducted himself in the field.

The Gwinnett County Police Department released a statement regarding the termination of Oxford.

“The Gwinnett County Police Department holds its officers to the highest standards of conduct and integrity.  Prior to the viral social media video being discovered, the conduct of Officer Oxford was already flagged by supervisors and an investigation had begun.  That investigation looked at whether proper de-escalation techniques were used, and whether Officer Oxford violated our policy based on the manner in which he handled the incident.   Our policy states that each member of this department shall consider it his or her duty to be of service to the general public and to render that service in a kind, considerate, and patient manner.

“One of our core values is courtesy.  We strive to conduct ourselves in a manner that promotes mutual respect with the community and our peers.  The investigation in this case has shown that Officer Oxford violated our policy and did not meet our core values.  For this reason, the employment of Officer Oxford has been terminated as of August 21st.”

Smith was charged with felony obstruction and simple battery against a police officer and was released Wednesday after paying a $5,900 bond.