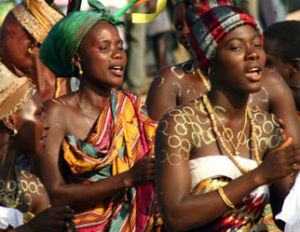 According to a recent survey, Ghana, the emerging West African country, is the world’s most devout nation.

Businesses begin their days with morning prayers, and all manner of small companies are named Nyame, the word for God in one local language.

That reality has made it hard for the country’s humanists, who believe that humans and reason should take priority over religious texts and rituals, according to the Christian Science Monitor.

Atheists are a tiny minority in Ghana; so tiny, in fact, that the WIN-Gallup survey said zero percent of Ghanaians identified as such.

Read the whole story at the Christian Science Monitor.