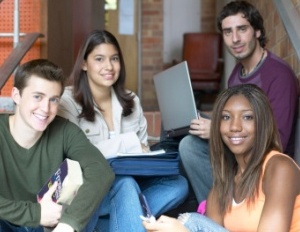 Research by the Center for American Progress, in Washington, D.C., details how many students meet or miss education goals. The organization used recent U.S. testing data in their recent study, and the results show discouraging numbers for poor and minority students.

Only about 123,000 eighth-graders—or 3%—scored at the advanced level in reading on National Assessment of Educational Progress exams. Math aptitude wasn’t much better. Research also indicates that only 21% of low-income fourth-grade students achieved proficiency on the 2015 NAEP reading test compared with 52% of non-poor. And if students of color graduated at the same rate as their white peers, they would receive nearly 200,000 more diplomas each year, CAP reports.

The CAP analyst also indicates an estimated 120 black students in fourth grade score proficient or above on the NAEP mathematics assessment in Detroit. Students in other cities with high populations of youth of color are seeing similar issues. For example, in Atlanta, Ga., about 60 Hispanic fourth-graders score proficient or above on the reading portion of the NAEP and in Cleveland only 30 Latino eighth-graders would be considered proficient in math based on test scores.

However, in some areas, outcome indicators are looking up. Over the past 20 years, for example, the number of students of color performing at grade level in reading and math has more than doubled in elementary and middle school, and high school graduation rates are the highest they have ever been, with 81%of the class of 2013 having received their diploma within four years. There’s more good news: About 22,000 more fourth-graders in Florida are proficient in math than a decade earlier.

On a global scale, CAP report also reportedly indicates what the United Nations has also found to be true: Youth in the U.S. can’t keep up with the economy. On a scale from -10 to 10, participants in a recent UN study put the political will to close the skills gap in the negative.

Read more at the Center of American Progress …