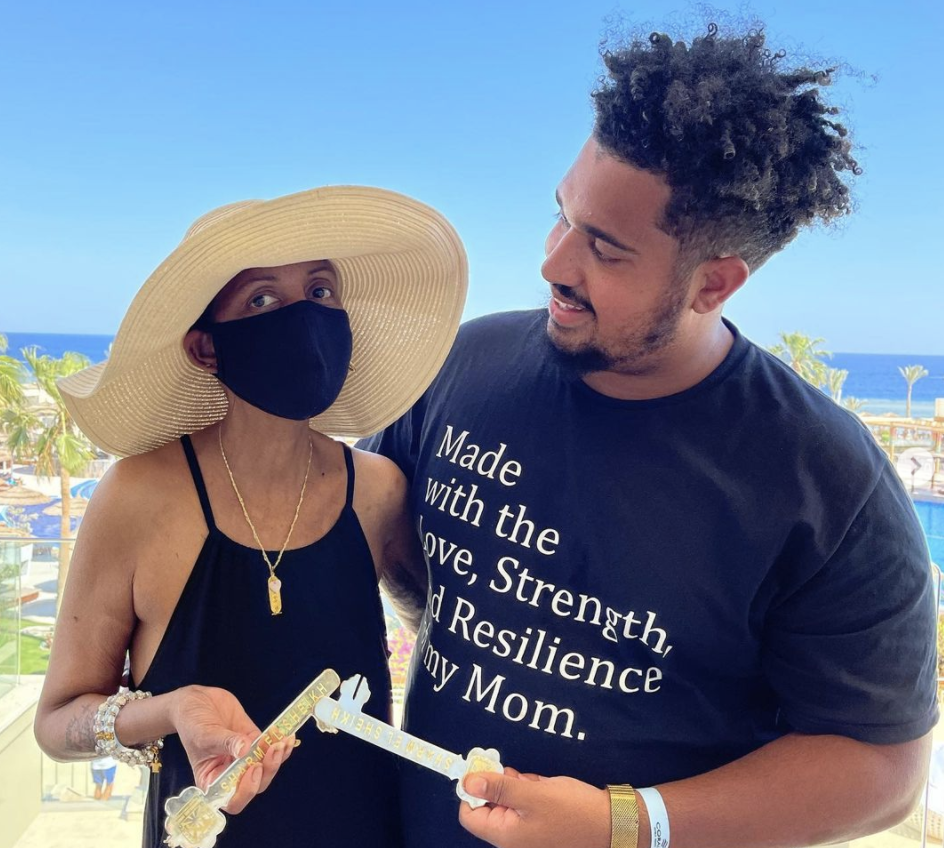 The Philadelphia woman, whose final wishes were to visit Egypt, has passed away. Her son, Dustin Vitale, went viral for selling Philly cheesesteaks to raise money for the once-in-a-lifetime journey.

Gloria Walker, 56, died of bladder cancer three weeks after she returned home from the life-changing trip, in early June, after being admitted to the hospital the day they returned from Egypt.

Gloria visited the pyramids, the Sphinx (which was closed to the public) and when the Egyptian government caught wind of her story, they issued her a key to the city of Sharm El Sheikh, roughly five and a half hours from Cairo.

Dustin posted the beautiful gesture by the Egyptian government on his Instagram.

“My mom fell in love with Egypt because of Moses and the movie the 10 Commandments. We were honored yesterday with the KEYS TO THE CITY of SHARM EL SHEIKH!!! This is where Moses received the 10 commandments on Mt. Sinai not too far from here,” he wrote.

“The keys were given to us by the governor of Sinai! We are key holders to the city where some of the most important events in human history took place! What an honor and a dream come true! We also received medals of citizenship of Sinai Egypt,” Dustin continued. “My mom helped me make history! She made my dream come true! Who would have thought my gesture of love for my mom and selling cheesesteaks would become all of this! Only God 🙌🏾.”

Dustin, a middle-school teacher in Philadelphia, raised $18,000 selling the famous sandwiches– more than enough to take the entire family of 14 to the African country. The trip cost $10,000.

The outpouring of love and her son’s ability to grant her dying wish– moved the terminally ill mother.

“The love. It’s overwhelming, you know,” Gloria said. Mothers do so much for their children. It’s always heartwarming to see children show appreciation for it.

The dedicated son reflected on fulfilling Gloria’s dying wish and his wish for his mom to see him and his wife, Hailey’s unborn child, on an Instagram post. The two are expecting a son in the fall.

“My mom and I both deeply wanted her to meet my child. Unfortunately, it did not happen. But my mom was filled with joy when we shared with her that we are naming our son Glory after her, my beloved mother, Gloria.”

“I shared with some of you that the last words my mother ever heard was me whispering in her ear that if she was holding on for me and the baby that she did not have to. After I told her she could let go, she took her last breath and slipped into eternity as I sat by her side,” he expressed.

“I have no poetic words to say. My vocabulary does not match the love I had and have for my mother. But my mom will live on forever, not just in my heart and the hearts of everyone who loved her but through my child. But not just in namesake either, my son will be resilient, compassionate, accepting, humble, strong, and most of all loving, just as his grandmom. I love you, mom. I pray that I can be half the father as you were a mother to me. Thank you for loving me and being an example to the world.”

Now that Gloria has passed, Dustin ponders if his Philly cheesesteak legacy will continue. He has even tossed around opening a restaurant and naming it after his beloved mom.

We wish them the best in all of their endeavors!