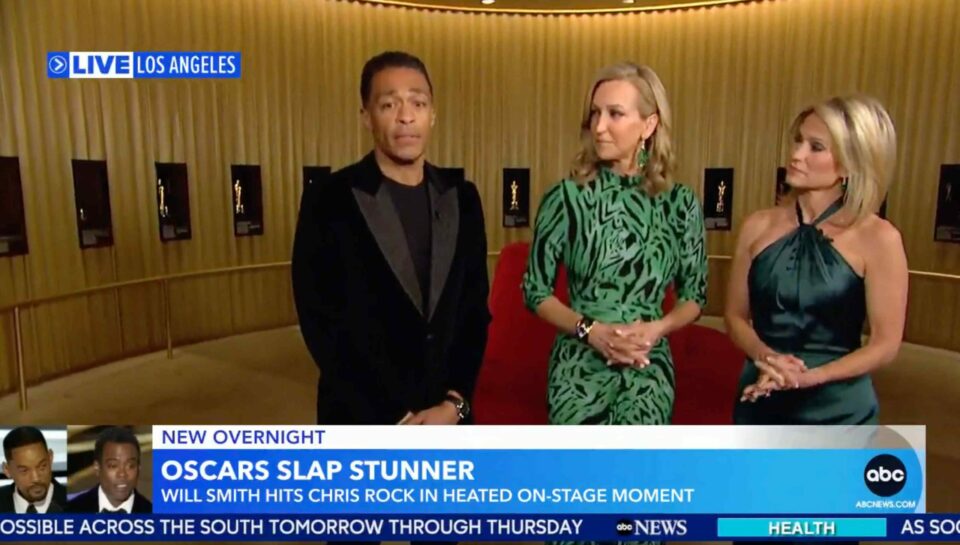 During a live segment, GMA’s Oscar correspondent T.J. Holmes had some strong words regarding the altercation between Will Smith and Chris Rock during the Academy Awards.

But viewers disagreed with Holmes’ opinions and unapologetically expressed their disappointment on social media.

Live from the new Oscar museum, Holmes went in on his opinions about Smith’s slap, describing the incident as “awful” and “ugly.”

“It was embarrassing, it was confusing,” he said, according to Deadline.

Will Smith hits Chris Rock in heated on-stage moment at the #Oscars. @tjholmes has more on the shocking slap. https://t.co/j49Ummie6A pic.twitter.com/c38H28ePjM

Producer Will Packer made history leading the first all-Black production team in the history of the 94th annual Oscars, BLACK ENTERPRISE previously reported. Holmes made light of this achievement while expressing his disappointment in Smith’s actions.

“On a night where this entire production, the entire Oscar show was done for the first time by an all-Black producing team, here we are leading off the show and the story of the morning is about one man assaulting another on the Oscar stage.”

Following aired segments on the incident, Holmes continued to unleash his judgment.

“This was awful, unfortunate and out of character behavior from Will Smith who we’ve all spent a whole lot of time with over the years.” His fellow host mates, George Stephanopoulos and Robin Roberts, echoed his opinions, adding that they also felt there was “no excuse” for the violence.

Twitter exploded with “shock and disappointment” regarding the morning show’s segment. Some viewers were clearly in solidarity with Smith’s protective actions, while others wanted Holmes to hold Chris Rock accountable.

The tone of GMA’s coverage about this incident was definitely one of shock and disappointment. https://t.co/XOa7NLmwJg

@tjholmes Your overdramatizing the slap. If someone insulted your family member that has underlying health issues you would probably do the same thing maybe we should bring more light to what Jada is going through.

@tjholmes please talk about Chris Rock behavior
Really disappointed in how you are painting this narrative. Will Smith protected his wife.

Hey @GMA and @tjholmes it’s pretty messed up to report the Rock/Smith incident as a GI Jane joke. Rock made an alopecia joke. He mocked JPS’s MEDICAL condition. Shame on you for framing this as anything other than Smith standing up to a bully.