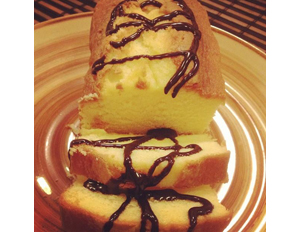 Here in New York City and indeed, across the country, open-air markets have made a resurgence thanks to a thriving foodie culture. In some of these markets and food expo events, you may see a seemingly nondescript stand with a few people peddling rum cakes and other baked goods. This would be the travelling stand of Goodway Bakery.

Don’t be fooled by the modesty of Goodway’s stall, which is usually manned by only a few people and showcases an assortment of rum cakes and other goodies – it’s a phenomenal success story.

Goodway Bakery was started by a pastor who was seeking ways to fund-raise for the nonprofit Redemption Christian Academy in Troy, New York. Not only were the fundraising efforts successful, but Goodway Bakery and the Redemption Christian Academy have been thriving since both were started in 1979. This year, a second academy is opening on 100 acres of woods in Northfield, Massachusetts.

The schools are for kids from K—12, and also for some who are are post-graduate – often from underserved or immigrant communities. Students are taught entrepreneurial and people skills, prepped for college, given scholarships, and of course, there is a culinary program. There are also partnerships with schools in other countries, including Liberia and India.

“Our pastor used the bakery as a fundraiser – the community loved it – and it sort of developed,â€ says Holmes, who mentioned that they did not even start with any sort of business plan.

Goodway Bakery owes much of its success through word-of-mouth. Its rum cakes are legendary – they’ve even piqued the interest of Martha Stewart – and are made from all natural ingredients including Madagascar bourbon vanilla and Bacardi rum.

The bakery staff travels throughout New York and the New England area not only at food markets and fairs, but also at bona fide foodie events such as the Chocolate Expo. Fifty percent of revenue goes right back into the school, and has also helped build the new campus.

Both the schools and the bakery are expanding. Goodway has an established Facebook page and website through which people can order cakes and other goodies. The staff is looking to expand its online ordering and is in talks to move into some wholesale markets, according to Shirley Douglas, one of the academy’s administrators. Looking for investors is also in the works.

“We are looking to really expand the bakery so we can help even more young people,” says Holmes.