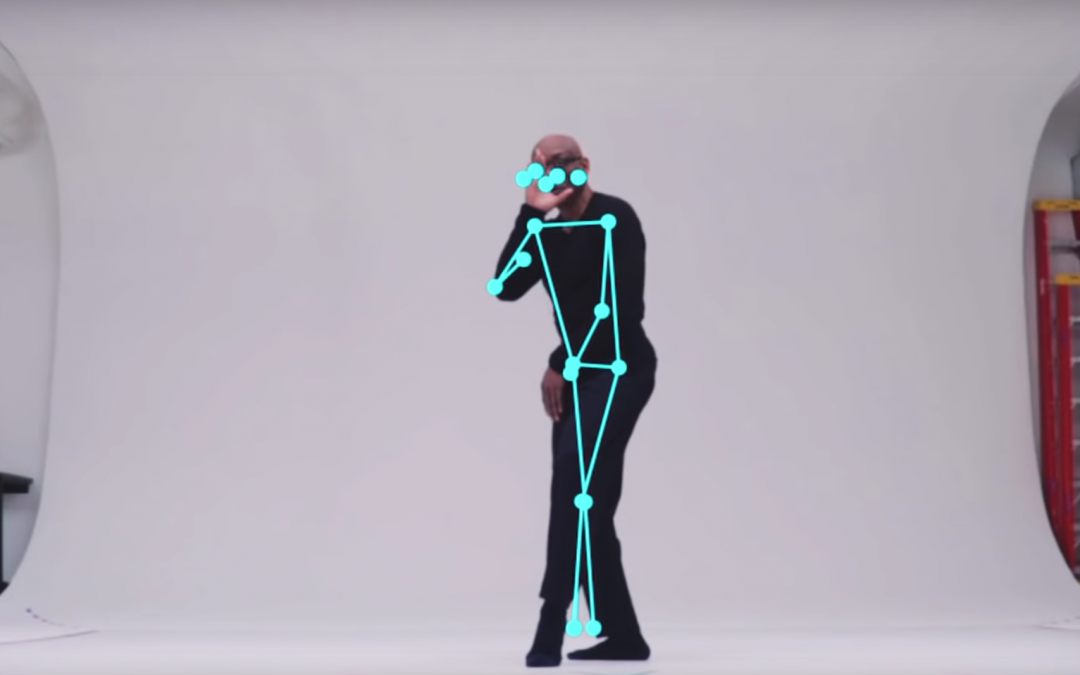 Bill T. Jones and Google Creative Lab have collaborated to launch Body, Movement, Language, a collection of experiments that have resulted from a two-way residency between the writer, dancer director, and Tony Award winner.

Inspired by Jones’ long history of intertwining live, improvised speech and dance, these open-source experiments use AI to invite people to explore the creative possibilities of their bodies and make new connections with Jones’ iconic works right at home, using nothing more than a laptop and webcam.

When asked why Jones partnered with Google he said, “The idea of machine learning intrigues me. The theme of our company’s Live Ideas Fest this year is artificial intelligence. AI is supposed to take us into the next century and important things are supposed to be happening with this technology, so I wanted to see if we could use it to stir real human emotion. Maybe it’s ego, but I want to be the one to know how to use PoseNet to make somebody cry. How do you get the technology to be weighted with meaning and import?”

The series of four experiments include:

Bill T. Jones is famous for improvising with speech and movement in performance– deftly weaving together deeply personal stories, and commentaries on culture. Manifesto allows the user to create a trail of words that respond to their movements in real-time. If you exit your camera’s frame of vision, the trail of words will suspend on screen. With this process, you can compose a statement, a poem, or letter to someone you know. Jones has his dancers use this experiment to tell stories about their lives or write a letter to someone.

This concept was discovered accidentally when Jones’ dancers began playing with a glitch in PoseNet that allowed them to “steal” the shape rendered on screen from one another by modulating their poses. Inspired by their experimentation, Jones asked them to think of three words with strong relationships to each other that would imbue this new game with meaning and weight. This game begins with his chosen triad: “lover, stranger, friend,” but you are encouraged to enter your own collection of words to give The Game more significance to you.

A soliloquy with digital props

Inspired by Jones’ work with language and movement, this experiment started as a visual pun on the significance of speech. As the words you say appear on screen, they become part of your body and are affected by your movements. While developing this experiment, Jones prompted his dancers to speak and feel the physicality of the words in the stories they tell. Hold That Thought invites you to speak freely while contending with your words as if they were physical objects that you can enlarge, shrink, or tilt with your movements.

Debuting in 1983, 21 has become one of Bill T. Jones’ signature works. Jones cycles through 21 poses with spoken titles and improvised associations in a commentary on the body and its symbolism in culture. This dynamic performance is rooted in the time and space in which it is delivered. It is never executed the same way twice, making it impossible to archive. This experience, Naming Things: Approaching 21, is a complement to the live performance. This experience pays homage to the structure of 21 and allows you to experience each section uniquely. First, you watch him perform each pose. Second, you participate in the piece and must match his pose to advance the video and learn each poses’ title–a function powered by Google PoseNet. Last, you hear Jones’ reflections on the piece.

This project is an example of an innovative, socially responsible application of AI and even more specifically, the use of AI to explore and better understand the black and LGBTQ+ experience through art and dance.