Google's Hiring Manager Explains How To Get Hired 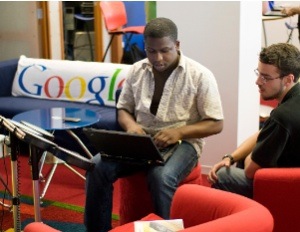 There are loads of interview tips online, from how to respond correctly to questions to what paper to print your resume on.

But if you want to know what it really takes to nail an interview, talk to Laszlo Bock, head of hiring at Google.

The New York Times posted an in-depth interview with Bock, who hires about 100 people per week, asking him what makes a potential employee stand out compared to the ones that don’t make the cut.

Surprisingly, the deciding factors aren’t what you may think.

For instance, college isn’t as important as it once was, and it’s importance doesn’t necessarily lie in whether or not you graduated, but what field you studied.

Bock explained how difficult degrees were worth more than degrees perceived to be easier to obtain. “I was on campus speaking to a student who was a computer science and math double major, who was thinking of shifting to an economics major because the computer science courses were too difficult,” said Bock, who saw the completion of these courses as a sign of grit. “I told that student they are much better off being a B student in computer science than an A+ student in English because it signals a rigor in your thinking and a more challenging course load. That student will be one of our interns this summer.â€

According to Bock, Google looks for “…general cognitive ability – the ability to learn things and solve problems” first and foremost.

The takeaway? Harder degrees equal better pay, even if your grades aren’t top-notch. Fields like engineering do more than prove you can do some calculus, they show that you can handle critical thinking and put in the time and effort to complete complex tasks.

Bock had advice for interviewers about how to frame their traits as strengths as well. “What you want to do is say: ‘Here’s the attribute I’m going to demonstrate; here’s the story demonstrating it; here’s how that story demonstrated that attribute.’ Most people in an interview don’t make explicit their thought process behind how or why they did something and, even if they are able to come up with a compelling story, they are unable to explain their thought process.â€