Government Fights Over $250,000 Penny They Gave Away 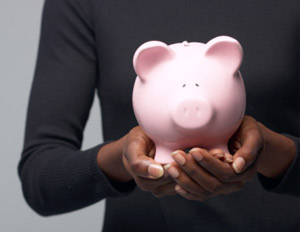 Finders keepers, losers weepers? The government gave away aluminum pennies back in 1973 that are now estimated to be worth $250,000. Now, the government wants its gift back.

This is causing some friction among two coin collectors (Randall Lawrence and Michael McConnell) who had hoped to put one of the pennies up for auction. A judge has been asked to decide who is the real owner of the valuable 1974-D aluminum penny.

What’s the back story? The Washington Post reports, “When the price of copper rose in the mid-1970s, the government thought it might save a buck by making pennies from aluminum. The government gave a handful of the aluminum pennies to lawmakers – Joe Biden, then a senator, was one of the lucky recipients – to persuade Congress to ditch the old copper penny, which had become costly to mint.â€

However, Congress decided not to get rid of the copper penny. Now the majority of the remaining pennies at the U.S. Mint in Philadelphia were melted down, and some of the gifted pennies were returned.

A letter from a Treasury Department lawyer asserts the government is the rightful owner because it was never issued as legal tender, and therefore never valid as money.

Coin collectors are awaiting the judge’s final decision. If the judge declares the government to be the owner of the coins, Lawrence and McConnell fear that coin collectors who own any non-legal tender coins could have their collection seized.