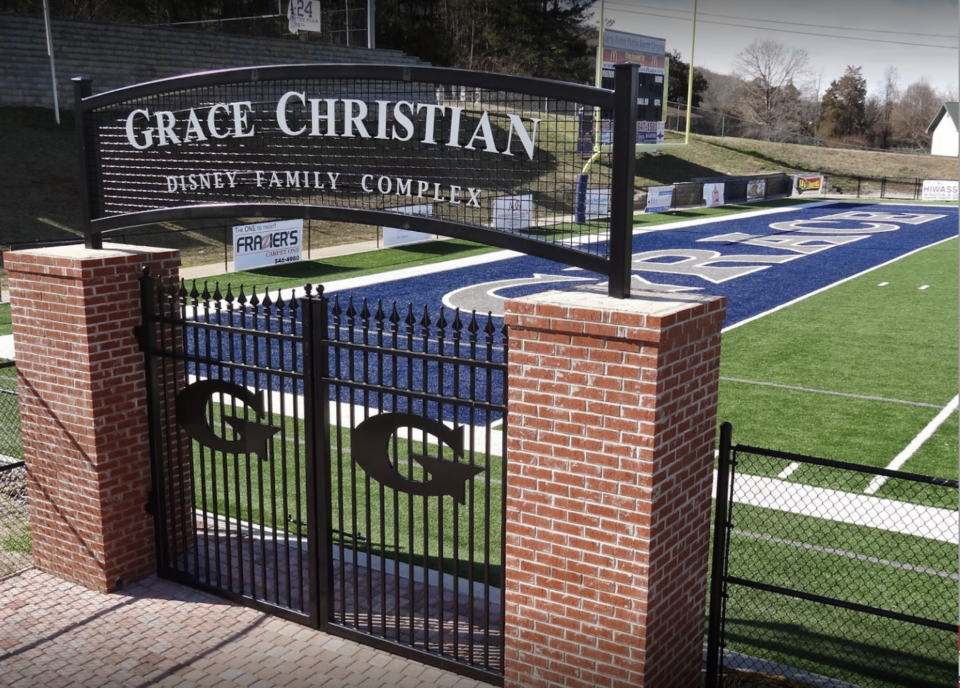 The video obtained by NBC affiliate WBIR begins with a student wearing the white hood sitting in a metal chair with the word “Grace,” the school’s logo, written in white on the section where a person rests their back on the seat.

A person is heard off-camera laughing and instructing the individual in the hood to speak. Another person is told to come into the room and sit down.

The hooded person then shouts, “Who do we hate?” before blaring a racial slur, WBIR reports.

Several people off-camera are heard laughing, according to the news station.

The head of Grace Academy School, Tony Pointer, wrote about the incident in a Facebook statement Thursday, NBC News reports.

“Immediately upon being made aware of an extremely inappropriate and deeply disappointing video yesterday afternoon that violates everything we value, the administration of Grace Christian Academy has taken swift action to meet with all students involved. Severe disciplinary action has been issued as GCA does not condone this behavior or any form of racism,” wrote Pointer. “We will continue to seek truth and enact appropriate discipline.”

Pointer did not identify the number of students involved nor volunteered the measure of disciplinary action they will experience.

“What we have witnessed in the last 24 hours is in no way consistent with the mission and core values of GCA. We are doing everything possible to ensure the physical, spiritual, and emotional well-being of all our students and staff,” he added.

Knoxville Rep. Gloria Johnson (Dem) of the Tennessee House of Representatives, said the video was “distressing.”

“The fact that they were so bold and not even a bit embarrassed about this is just shocking. That they felt comfortable sharing it, means that they thought everyone else would think it was funny also,” she tweeted Thursday. “Who taught them this?”

According to the Southern Poverty Law Center, the Ku Klux Klan is the oldest hate organization in America, with a long history of targeting Black people and other marginalized groups.