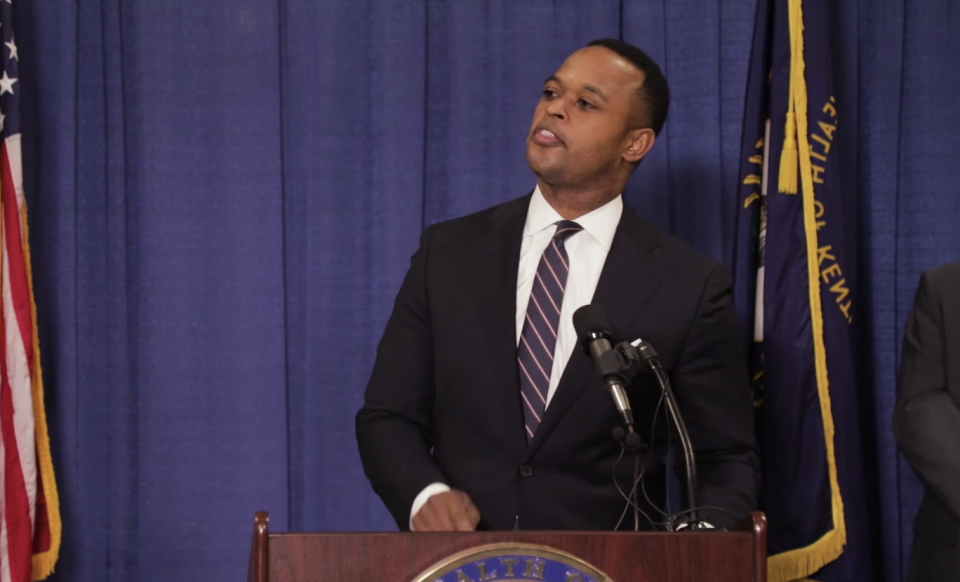 A petition calling for Kentuck State leaders to impeach Attorney General Daniel Cameron was filed on Friday. According to the Courier-Journal, three grand jurors in the Breonna Taylor case filed the petition through their attorney, Kevin Glogower, because they believed Cameron misrepresented the grand jury’s findings. They also alleged that the Republican lawmaker’s conduct was inappropriate and that he violated the public’s trust.

In the high-profile case, Cameron was the special prosecutor and presented evidence against the police officers accused of killing the 26-year-old woman during a drug raid gone wrong.

Brett Hankinson, one of the three cops involved in the shooting, was indicted– but not for murdering Taylor.

Language in the petition stated Cameron told jurors that they could revisit homicide charges once he announced Hankinson’s indictment. That never came to pass, the publication reported.

“Neither Cameron nor anyone from his office mentioned any homicide offense to the grand jury. Not only were no homicide offenses presented as alleged, no charges of any kind were presented to the Grand Jury other than the three wanton endangerment charges against Detective Hankinson,” the petition stated, according to the Journal.

The grand jurors also expressed in the petition that the attorney general deflected accountability and responsibility.

Black Enterprise previously reported the officers, who had a no-knock warrant, killed Taylor on March 13 after entering her Louisville apartment and exchanging gunfire with her boyfriend, Kenneth Walker. Kenneth Walker said he believed he was firing at intruders breaking into the apartment — not police officers.

Police were looking for drugs in the apartment during the raid, but none were recovered.

Two of the officers involved in Taylor’s death were fired from the Louisville Police Department.