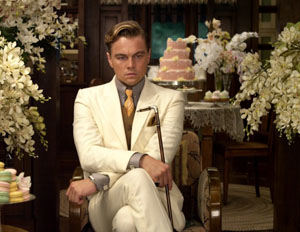 I’ve always been a fan of author F. Scott Fitzgerald, and one of my favorite classics by the writer is The Great Gatsby. As a child with what many people would describe as an “old soul,” I always loved colorful stories set in the past, whether it was the Bible days, Medieval times, the Roaring ’20s, liberated ’60s or the psychedelic ’70s— especially if they were true or based on what was really going on at the time.

Since the movie is set to premiere today, I felt inclined to revisit an old favorite of mine. In doing my research, I found that Fitgerald, in the way that great innovators of communication and story-telling do, included timeless themes that are still relevant decades later and can fuel the imaginations and critical thinking processes of generations to come.

(Wait, I promise you, no spoilers here. I haven’t even seen the movie to spoil it, but the book, well, that’s been in existence for decades.)

Here are a few career-related lessons from the classic that can help you avoid career ruin:

Your network is your net worth, and it’s a small world, especially among the wealthy and the powerful. Hey, this might seem like an overused cliche, but two of the main characters in the book, narrator Nicholas “Nick” Carraway, and Tom Buchanan, attended the same school, Yale. Tom, a man from an old-money family, later becomes Nick’s cousin via marriage, opening the war vet’s network up to world of wealth and extravagance. (This world would eventually lead to major demise, but in real life, one can often leverage relationships based on doors open to them via newfound friendships and connections built on common experiences.)

Reinvention and positioning is the name of the game. Jay Gatsby came from a poor family in the Midwest and was able to reinvent himself—or his brand, as we’d call it today— into a self-made millionaire, all in an effort to win the heart of a woman he loved but was separated from via bad circumstances. Though how he did this was quite shady, professionals can take a page out of Gatsby’s book of determination, knowing that in this life, your current circumstances don’t have to be the end-all, be-all to who you are or what you can achieve, and with the right motivation, you can basically get that dream career and professional life you want—along with many other things.

Visibility and likeability is key if you want to broaden your network and advance your career. Gatsby was known to throw extravagant parties, with some leading to more-than-interesting escapades. Of course you don’t want to take the path Gatsby took—his was quite messy and filled with treacherous drama—but a key takeaway is you have to be in the game to win it. If you can’t throw the party, attend events where you know the who’s who of your industry — or any industry— will be there. If people can see you, meet you and connect with you on a personal basis that does not include an email or tweet, it takes networking to the next level.

Do your homework on the people you choose to associate with or do business with. Gatsby was able to gain his wealth through unscrupulous means, was manipulative and untruthful about his background—even his name was fake—and he basically had obsessive tendencies in his plight to get the attention of a woman he loved. He’s the epitome of what I call “stunts and shows,” opportunists who create facades to get ahead in life. As you network—and in your climb to success— you’ll meet various characters, all who may be vying for a way to work with you or benefit from what you offer the world or your connections. Be careful and practice discernment. It’s good to Google people and really check their credentials to ensure they are who they say they are and you’re not opening a Pandora’s Box of career ruin.

Plan to see The Great Gasby in theaters? Tell us what you think, and follow Janell on Twitter @JPHazelwood.